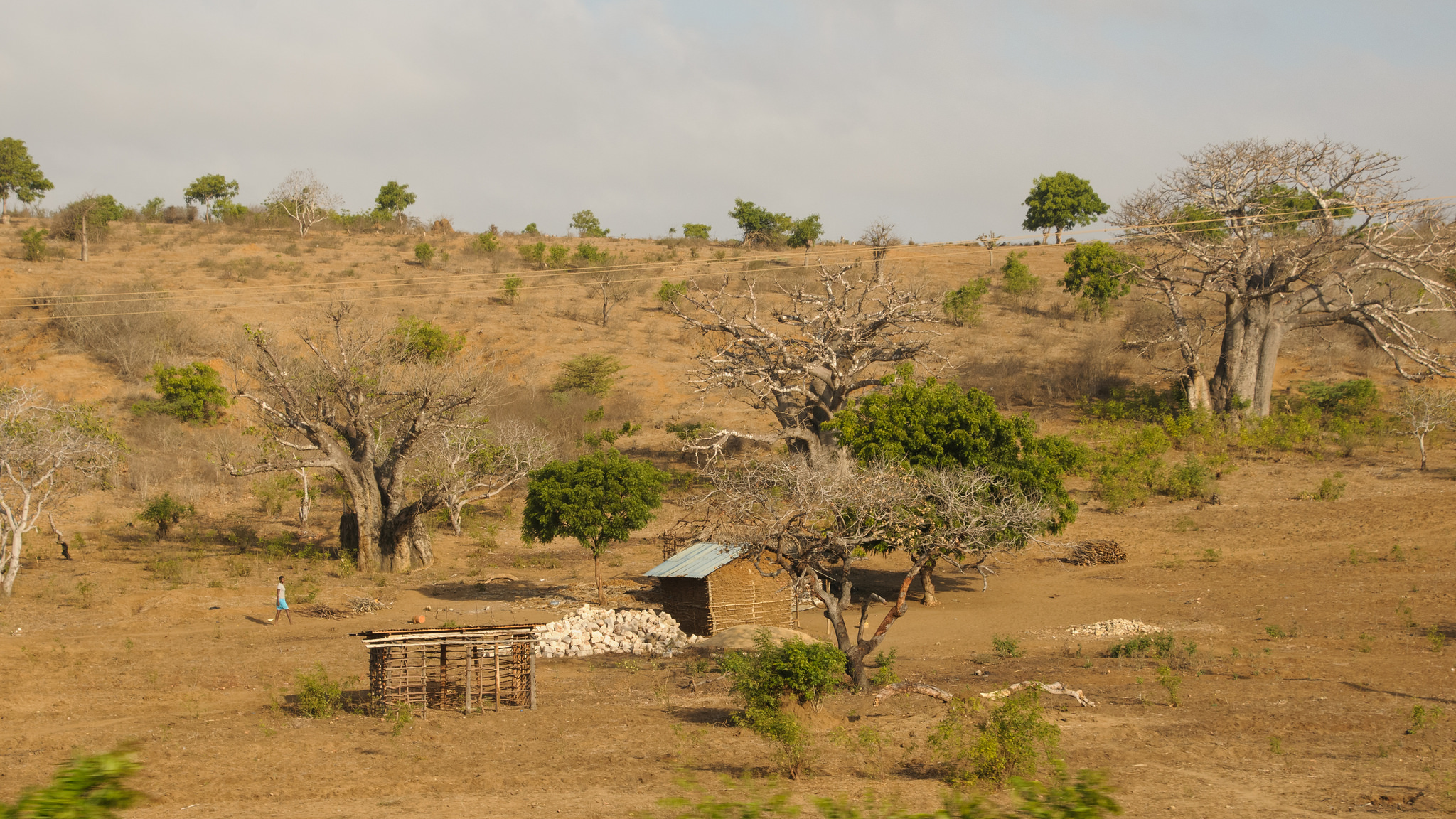 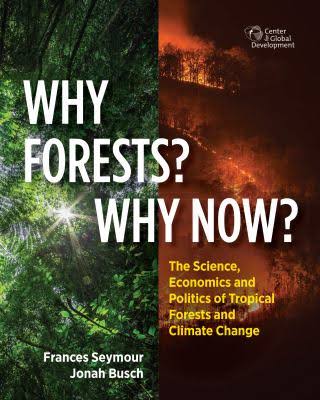 Climate change disproportionately threatens the world’s poorest and most vulnerable populations. Tropical forests are critical to preventing climate change and supporting sustainable development. Results-based payments show promise as a way to protect tropical forests. And technological innovations in forest monitoring are helping advance not just the science of climate change, but also the economics and politics of fighting it. This probably comes as no surprise to readers of the Global Forest Watch blog, but to many others, this comes as news. In our new book, Why Forests? Why Now? The Science, Economics, and Politics of Tropical Forests and Climate Change, Frances Seymour, senior fellow at the Center for Global Development, and I synthesize the latest research on these topics and make the findings accessible to non-experts.

In the last half-decade, several revolutionary data sets have been developed by scientists and made available through Global Forest Watch. Landsat-derived data shows how much forest is being lost all over the world at 30-meter resolution. Combining that information with data on forest carbon stock density shows the carbon dioxide emissions from that forest loss. And FORMA alerts showing where forests are being lost now lets law enforcement agencies and activists alike respond to deforestation in near real-time. Collectively these data have enhanced our understanding of forest loss many-fold over what was previously available. Still, even more advanced forest monitoring systems are coming down the pike. A 2018 NASA mission called GEDI will install LIDAR sensors on the International Space Station. Previously mounted only on airplanes flying over limited areas of forest at great cost, space-based LIDAR will allow NASA to take three-dimensional “X-rays” of forests across the entire tropics, greatly improving measurements of carbon stock and carbon stock changes. Meanwhile, the European Space Agency’s Sentinel satellites are expected to provide free and open data on forests and forest cover changes every five days globally at 10-meter resolution using radar and optical imagery. 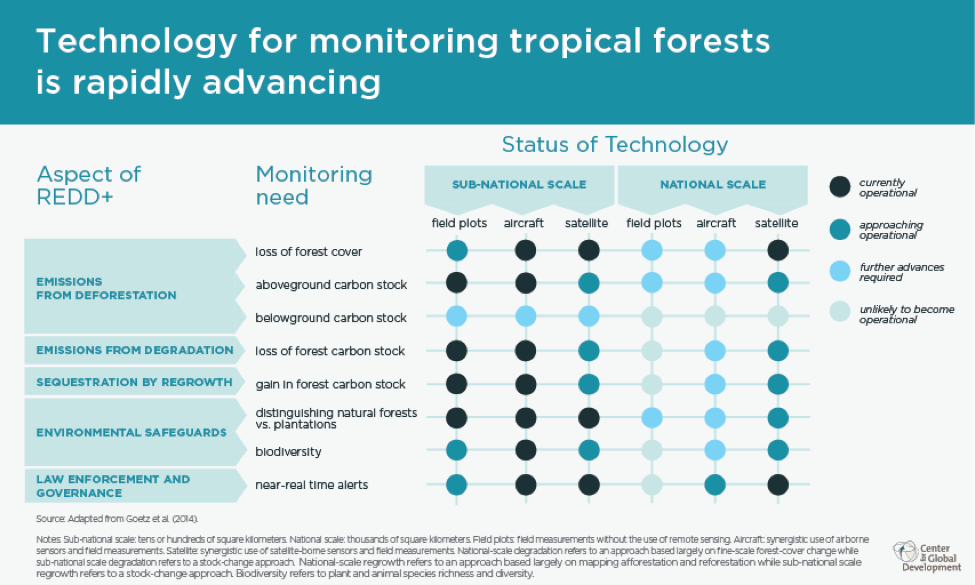 Accurate forest mapping underpins research on the many ways forests support development. Tropical forests protect against droughts and floods, suppress malarial mosquitoes, and bring needed rains to farms both near and far, among other “ecosystem services.” Accurate forest maps help scientists better understand the mechanisms by which forests provide such benefits, and they help economists estimate how much deforestation diminishes the values of those services to developing economies. 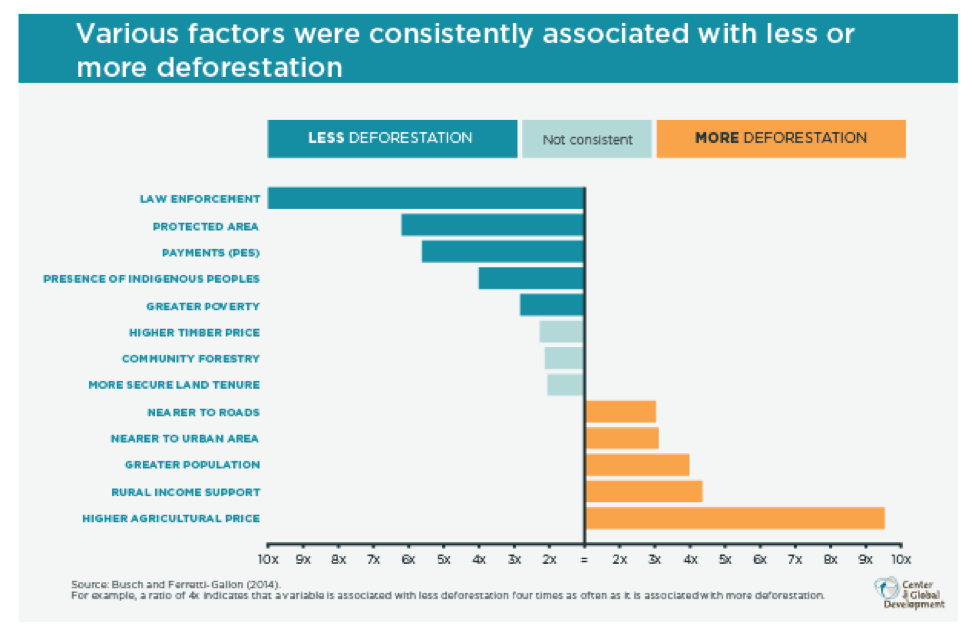 Accurate maps of forest loss can also be used to project future deforestation. For example, economic models project that without new forest conservation policies the world is set to lose an India-sized area of tropical forest by 2050, burning through one-sixth of the remaining carbon budget to keep global temperatures from rising 2 degrees Celsius. The good news is that much of this loss can be avoided at relatively low cost, either with carbon pricing policies or with restrictive policies like those Brazil used to slow deforestation in the Amazon post-2004. Maps can also be used to attribute deforestation to different landholders, activities or industries. A recent study found that emissions from deforestation “embodied” in imports of globally traded commodities (beef, soy, palm oil, pulp and paper, timber) exceeded the annual emissions of Australia in 2009, the most recent year for which complete data was available at the time of the study. 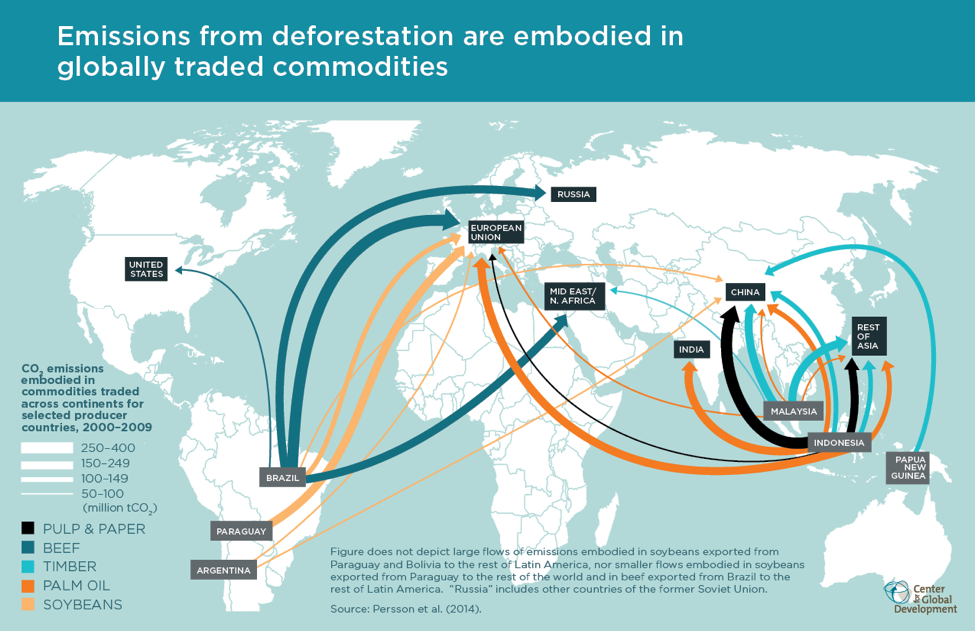 Finally, the politics of tropical deforestation and climate change have advanced considerably thanks to improved forest monitoring capabilities. At the global level, one of the main reasons the Kyoto Protocol’s Clean Development Mechanism excluded “avoided deforestation” from its eligible carbon-offset project types in 2001 was the inability to accurately monitor forest emissions. A decade later, thanks in large part to improved ability to consistently and accurately measure forest loss over large scales and long time periods, “reducing emissions from deforestation and forest degradation” (REDD+) had achieved consensus well ahead of other topics of international climate negotiations. At the societal level, the availability of trustworthy data on annual deforestation rates from the Brazilian Space Agency was instrumental in galvanizing public opinion in support of forest conservation. The Brazilian government imposed a raft of policies, which successfully reduced deforestation by 80 percent from its peak in 2004, even while beef and soy production grew. Thanks to near real-time deforestation alerts from the DETER program—a forerunner to FORMA—law enforcement agents were finally able to catch deforesters in the act. The program remains critical as satellite data shows Amazon deforestation is on the rise again. 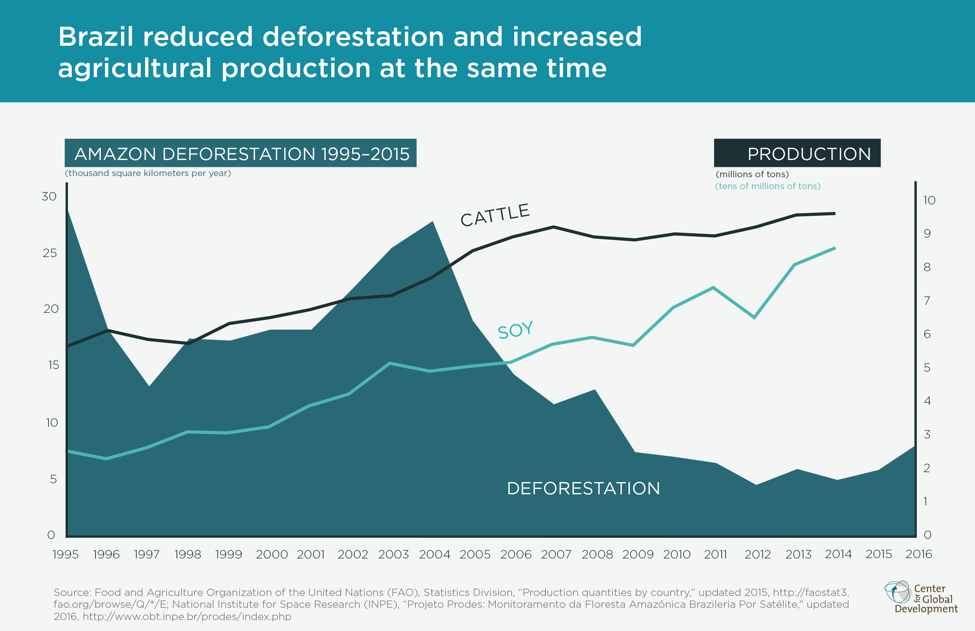 At a bilateral level, good data has enabled payment-for-performance programs to keep forests standing in Brazil and Guyana. Such agreements are not limited to high-tech countries like Brazil with their own space programs—even tiny Guyana with fewer than a million people developed a forest monitoring program that was sufficient for payments for performance and improved it over time. In Indonesia, the availability of performance-based finance has yet to translate into reduced deforestation, but it has prompted unprecedented improvements in the transparency and accountability of forest management. Payment-for-performance programs are still too few and far between, but the main barrier to their expansion is no longer monitoring capability. The challenge now is demand—public funding is limited and subject to bureaucratic constraints, while carbon markets have been slow to materialize.

Tropical forest conservation is entering a new era. There are new challenges posed by a new administration in Washington that has shown early hostility to environmental policy generally and climate data specifically. However, there are also new opportunities for results-based funding for tropical forest conservation through the Paris climate agreement, Green Climate Fund, International Civil Aviation Organization and the state of California. Continuing to push the boundaries of forest monitoring technology and making the resulting findings accessible to the public is more important than ever.