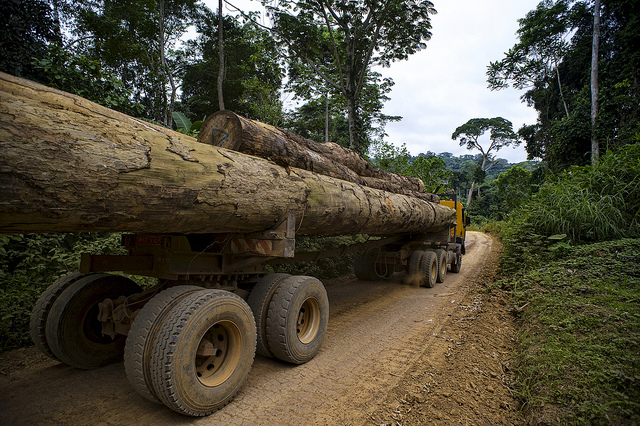 The world’s tropical forests are in trouble, confirm new satellite-based data from the University of Maryland and Google, and released today on Global Forest Watch. The world lost more than 18 million hectares (45 million acres) of tree cover—an area twice the size of Portugal—in 2014. Tropical countries lost 9.9 million hectares (24.5 million acres) of tree cover—more than half of the total. Tree cover loss measures the removal or death of trees, regardless of the cause and inclusive of all types of tree cover, from a tropical rainforest in Indonesia to a managed tree plantation in Europe. The data does not account for tree cover gain, which is another important dynamic affecting forest landscapes worldwide. The increasing pace of tree cover loss in the tropics is of great concern, and a deeper investigation can reveal insights for tackling the drivers of deforestation. Here’s a look at five major hotspots for tree cover loss in 2014: 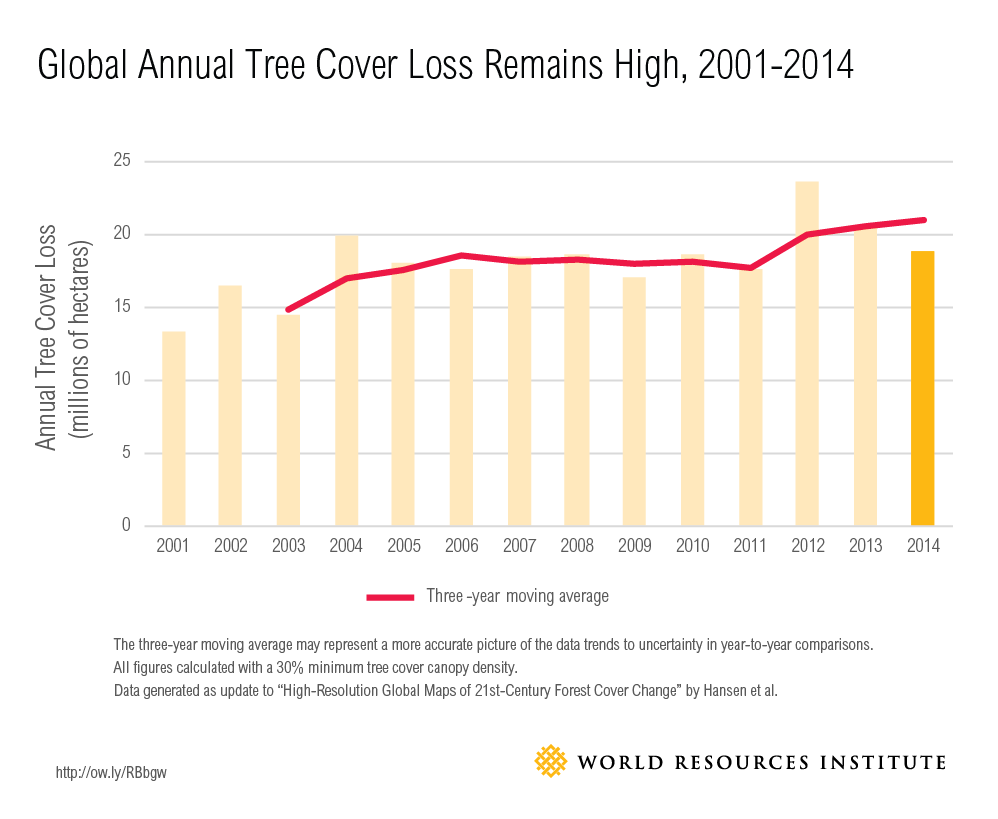 Note: We use a 3-year moving average in our charts to smooth out uncertainty in the year-to-year data. Read more here.

Tropical countries alone lost nearly 10 million hectares (25 million acres) of tree cover in 2014, an area about the size of South Korea. And tree cover loss in the tropics is accelerating. Those following tropical deforestation tend to focus on two countries, Brazil and Indonesia, and for good reason, as the two countries contain some of the world’s most extensive tropical forests. However, Brazil has reduced deforestation in the Amazon by 70 percent over the last decade, and is widely considered a success story in forest conservation. Indonesia recently extended a moratorium to prevent future licensing of forest clearing in some of the country’s richest forests. In 2014, however, we see an uptick in tree cover loss in both countries. Observers have suggested that Brazil’s increase could be due to changes in commodity prices and legislation. In Indonesia, the latest data is disappointing following the drop in tree cover loss in 2013, but loss remains well below the rates seen in 2012. (Read more about these stories in our forthcoming blog on September 3.) Increasingly, however, Brazil and Indonesia alone do not paint the whole picture. More than 62 percent of tropical loss in 2014 occurred in countries outside of Brazil and Indonesia, compared to 47 percent back in 2001. 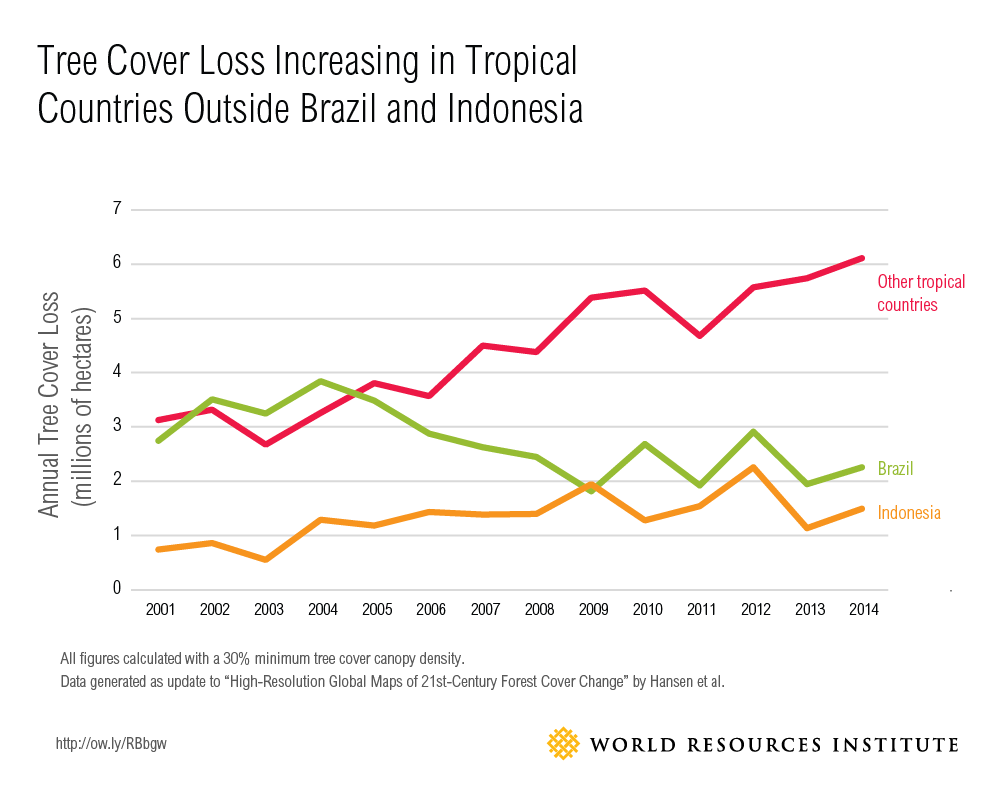 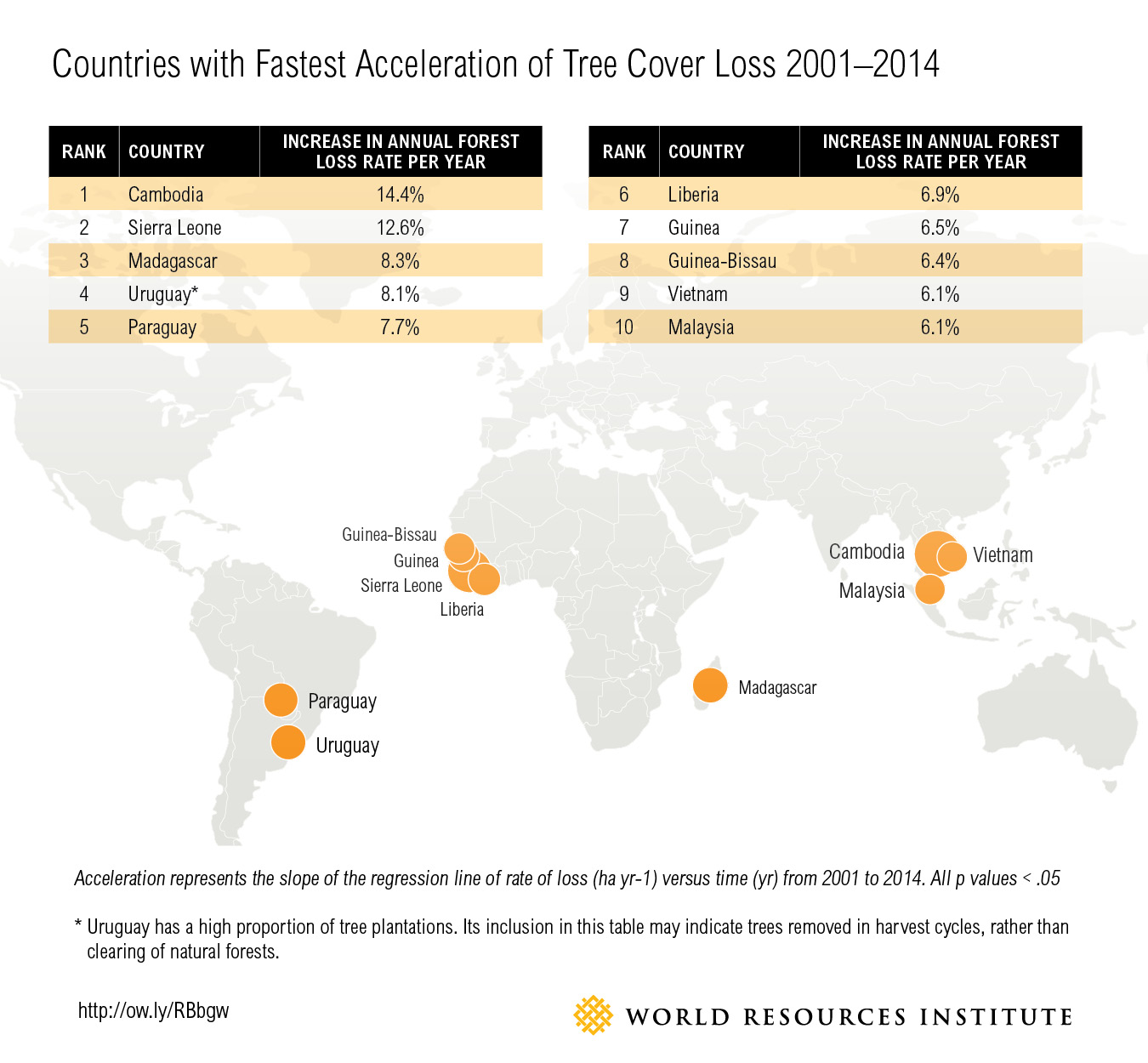 Cambodia: A Hotspot of Tree Cover Loss in the Mekong

The Greater Mekong region (consisting of Vietnam, Thailand, Cambodia, Laos, Myanmar and China’s Yunnan Province) is home to some of the most biodiverse forests in the world. These forests are economically important for local people. With the exception of China, the average rate of tree cover loss in Mekong countries from 2001-2014 increased by more than five times the rate of the rest of the tropics. The situation is especially concerning in Cambodia, due in large part to the conversion of natural forests for rubber plantations. Since 2001, tree cover loss in Cambodia accelerated faster than in any other country in the world. Although Cambodia’s tree cover loss peaked in 2010, it remains extremely high. Cambodia lost four times the area of tree cover in 2014 as it did in 2001. Researchers have established a strong correlation between forest loss in the Mekong and global rubber prices, indicating that as commodity prices increase, forest clearing will likely follow. 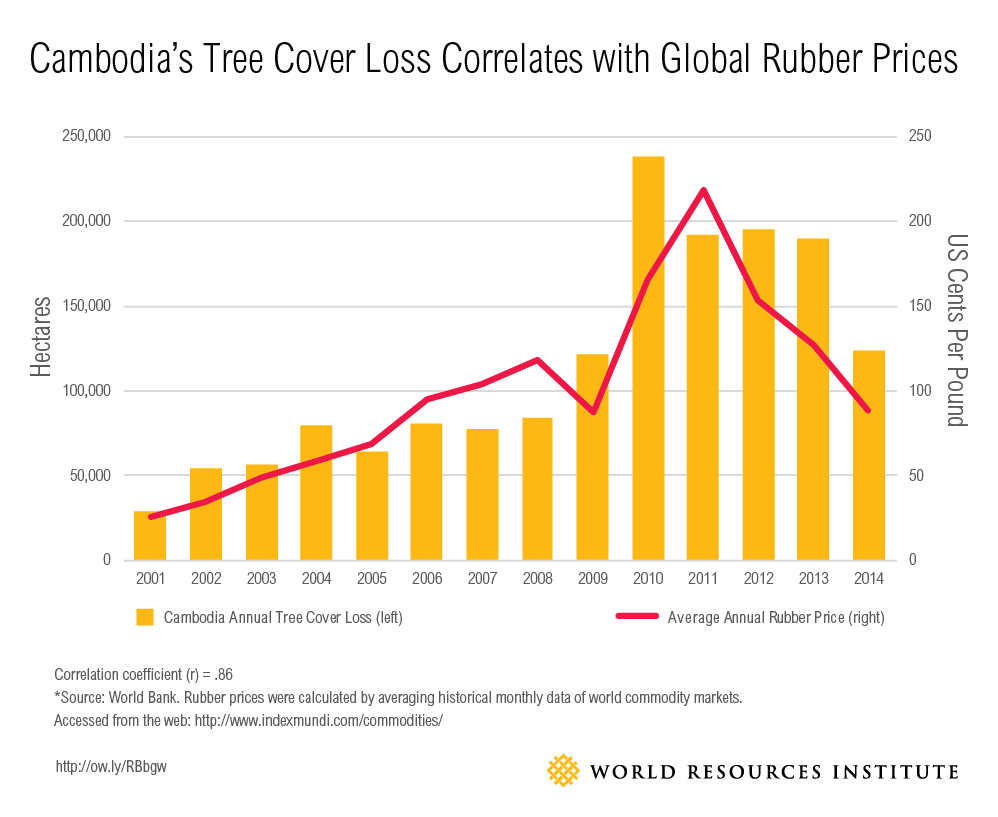 Outside the Amazon: The Gran Chaco Is Disappearing Fast

While tree cover loss rates have been slowly declining in the Brazilian Amazon, we’re now seeing troubling rates of tree cover loss in other forested areas of South America, especially in the dry tropical forests of the Gran Chaco region covering areas of Paraguay, Argentina and Bolivia. Paraguay in particular stands out as a notable hotspot for loss—both in the Chaco and other ecosystems such as the biodiverse Atlantic forests—due to expanding cattle ranching and soybean farming. Some anticipate deforestation will continue to increase in the Gran Chaco and surrounding forests as cattle ranchers and soy farmers expand into previously isolated areas, but there is some reason to be hopeful. More and more companies—including beef and soy buyers—are committing to zero-deforestation policies. It will be important to hold these companies accountable for these commitments. Global Forest Watch Commodities helps to monitor progress.

West Africa and the Congo Basin

Of the 10 countries with the fastest acceleration of tree cover loss, almost half can be found in West Africa. While West Africa isn’t often thought of as a deforestation hotspot, the expansion of palm oil development has taken its toll on the region’s forests as investors and others accelerate clearing. The countries of the Congo Basin, including the Democratic Republic of the Congo,Republic of Congo, Cameroon, Central African Republic and Gabon have also seen tree cover loss climb rapidly due to palm oil expansion, timber extraction and small-scale agriculture.

Madagascar is another notable African hotspot. In 2014, Madagascar lost a significant 318,465 hectares (787,000 acres) of tree cover, almost 2 percent of its total forest area, due to agriculture, mining and the extraction of high-value timber. This is especially concerning given the high rates of biodiversity and endemism in Madagascar’s forests, including many still-undiscovered species.

What Does it All Mean?

As we approach the next U.N. Climate Summit (COP 21) in Paris this December, countries will need to give special attention to their forests. In every nation featured in this blog except China, land use change including deforestation represents the greatest source of greenhouse gas emissions. Without urgent steps to better manage forests—such as directing agricultural expansion onto already degraded lands—many countries may miss their targets to cut emissions. This may also limit their access to REDD+ funding or other pay-for-performance schemes offered by donor countries. More importantly, these countries will lose out on the incalculable benefits that forests provide to citizens, such as clean air and filtered water, firewood and food, habitat for wildlife, and much more. These lessons are also important for consumer companies and countries who buy goods that have direct and indirect effects on forests. China, for example, has massive impacts on forests far beyond its borders, as its demand for soy drives deforestation in Latin America, and demand for timber, rubber and hydropowerleads to forest clearing in the Mekong. Some of these imports are then re-exported to other markets including Europe, Japan and North America. Large consumer countries—including the United States and European nations— should also find ways to decrease their footprint on forests abroad. Data can help. As technology improves, Global Forest Watch will have even greater abilities to monitor tree cover loss and its important corollary, tree cover gain, to provide a more comprehensive picture of the complicated dynamics of loss and gain that characterize the worlds’ forests. The U.N. Food and Agriculture Organization’s forthcoming Forest Resources Assessment, which will be launched next week at the World Forestry Congress in South Africa, will also contain important information helping us to understand forest changes around the world, adding to a data record that stretches back more than half a century. As the world of forest information gets richer, everyone from government officials to researchers to everyday citizens can get more involved in helping to monitor and manage our forest resources.

A DIVE INTO THE DATA This release builds on tree cover loss data for 2000-2012 published in Science and recently updated for 2013. It also features reprocessed data for 2012 and 2013 using newly available data and an improved algorithm (read more here). The data also paves the way for the highly-anticipated Forest Resources Assessment 2015, a comprehensive report from the Food and Agriculture Organization (FAO) of the U.N. New Global Forest Watch data and the Forest Resources Assessment will both be presented at the World Forestry Congress in Durban, South Africa on September 7th and 8th. View all World Forestry Congress events.