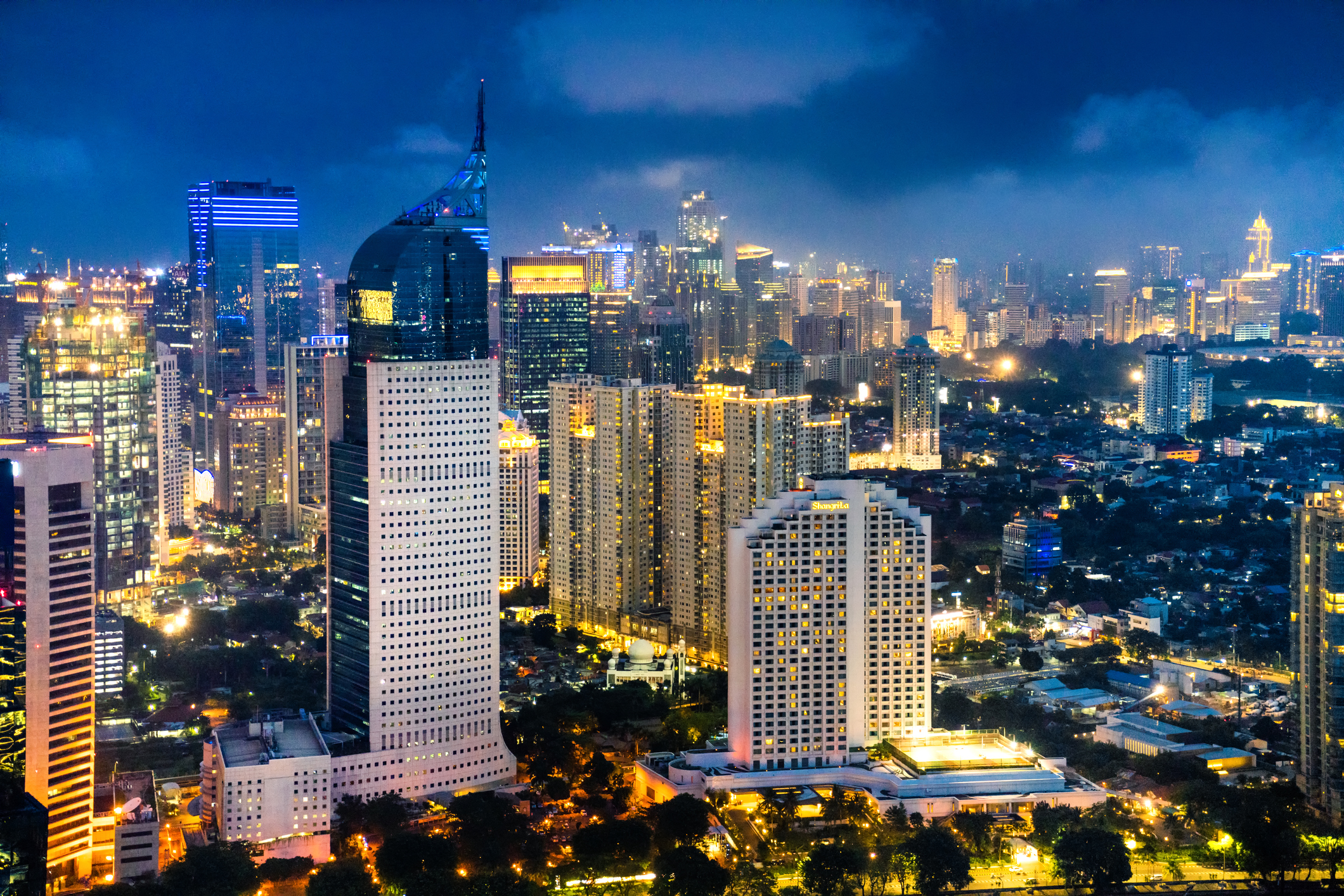 By
Emily Cassidy and Hidayah Hamzah
Posted on October 2, 2019
Subscribe to the
GFW newsletter

By
Emily Cassidy and Hidayah Hamzah
Posted on October 2, 2019
Subscribe to the
GFW newsletter

In late August, Indonesian President Joko Widodo announced that he will move the country’s capital to another island. The current capital of Jakarta is located on Java, the most populated island in the world. President Widodo’s motivation for moving is that the city is sinking by as much as 6 inches (15 cm) per year, making it more vulnerable to sea level rise. The city’s large and growing population also creates problems with traffic congestion and air quality.

The proposed location of the new capital is East Kalimantan province, on the island of Borneo. But building a new capital on Borneo may not improve conditions within Jakarta, and will require large infrastructure improvements in the new location. In a recent blog post, Dr. Nirarta “Koni” Samadhi, director of World Resources Institute (WRI) Indonesia, points out that, “According to the Ministry of National Development Planning, for the removal of the capital city, an area of ​​60,000-100,000 hectares is needed, or equivalent to the size of New York City.”

Building a city the size of New York City on the forested island of Borneo has the potential to come at a tremendous environmental cost. Looking at the variety of data on Resource Watch and Global Forest Watch, we’ve compiled five maps that show issues to consider before moving the capital:

President Widodo proposed that the location for the new capital will be within North Penajam Paser and Kutai Kartanegara regencies, in East Kalimantan. Within these regencies, there are 1.8 million hectares of forest, making up 65% of the land area.

Land management and forest conservation is of utmost importance in Indonesia, because over half of Indonesia’s emissions come from land use and land use change, according to Climate Watch Indonesia. Indonesia’s forests are home to thousands of plant and animal species, and 50-60 million Indonesians depend directly on the forests for their livelihoods. The map below shows tree cover and tree cover loss in the region of North Penajam Paser and Kutai Kartanegara. In 2018 alone, these two regencies lost 35,000 hectares of tree cover.

According to Dr. Koni, deforestation of 100,000 hectares (the estimated area of the new capital) in East Kalimantan has the potential to release 48 million tons of carbon into the atmosphere, equivalent to emissions released by 9.3 million vehicles in one year.

Peat is soil that has accumulated large amounts of organic materials over centuries. Indonesia harbors some 36% of the world’s tropical peatlands, which store up to 20 times more carbon than non-peat mineral soils. Converting these peatlands for farming or human settlement could harm Indonesia’s goal of reducing greenhouse gas emissions by 29% from business-as-usual by 2030, as part of the Paris agreement on climate change.

Draining peatlands creates drier conditions, which are ripe for fires. The high density of carbon in peat makes their fires especially smoky, and once they light, difficult to extinguish. These fires emit noxious air pollutants, causing school closures, respiratory problems, and premature deaths.

There are about 157,000 hectares of peatland in the Kutai Kartanegara, one of the two regencies that will see more development once the capital is moved. These peatlands could be impacted by the capital relocation and have the potential to be a major source of emissions. Just one hectare of tropical peat drained for development emits an average of 55 metric tons of carbon dioxide every year, roughly equivalent to burning 6,000 gallons of gasoline.

In both Kutai Kartanegara and North Penajam Paser, the oil palm, timber and wood fiber industries use a lot of land. Over half of land in these regencies is set-aside for their use.  The map below from Global Forest Watch shows logging, palm or wood fiber concessions in the area of the new capital. According to data on Global Forest Watch, about half of the land in Kutai Kartanegara and two-thirds of land in North Penajam Paser has been allocated for these agricultural concessions.

Agriculture (which includes forestry, fishing, as well as crop and livestock production) makes up about 13.5% of Indonesia’s gross domestic product (GDP).

Displacing current palm and timber concessions could cause these industries to move and encroach upon forested areas, which could be devastating for the climate and the future of the industry. Instead of allowing urban development to displace concessions, sustainable intensification of existing farms would help farmers meet demands, without clearing more land.

Mangrove forests are some of the most carbon-rich wetlands in the world. Made up of salt-tolerant trees and shrubs, mangroves play a vital role in preventing erosion and flooding. Local communities near Balikpapan Bay, near the potential site of the new capital, rely on mangrove forests for fishing, forest products and tourism revenue. Indonesian researchers estimate that the economic value of these mangroves for fishing is over 1 billion rupiah ($70,000) a year. Protecting these mangroves will be key to sustaining local livelihoods and keeping carbon emissions in check.

Part of the president’s reasoning for moving the capital is that it’s crowded, and there are traffic and pollution problems that come with that. Currently, the regencies of Kutai Kartanegara and North Penajam Paser have a combined population of 900,000 people, which is about one-tenth of Jakarta’s more than 9 million inhabitants. But when the country of Myanmar moved the capital in 2005, not many people moved with it. It’s possible that moving the capital to Borneo won’t mitigate any of Jakarta’s problems with pollution, congestion and land subsidence. Then the investment of capital and natural resources that goes into a new capital might not be well-spent.