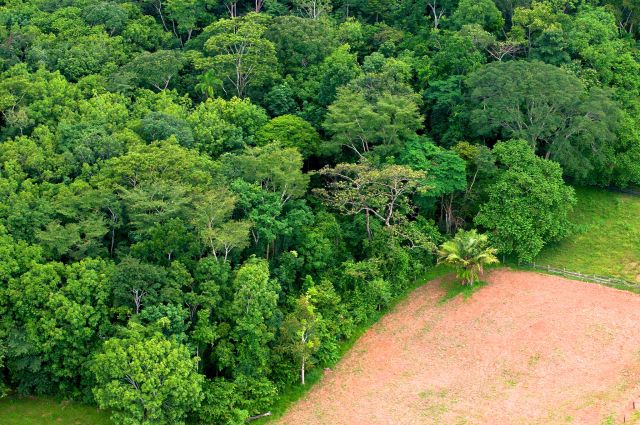 By Rachel Biderman and Ruth Nogueron

The Brazilian government announced an unforeseen increase in deforestation last week, at a time when the nation has been seeking to eliminate deforestation in the Amazon as part of its plan to stop climate change, conserve biodiversity and protect indigenous rights. Minister for the Environment Jose Sarney Filho announced a 29 percent increase in deforestation rates in 2016 compared to the previous year in the Brazilian Amazon. That is the equivalent to 7,989 square kilometers (4,964 square miles), or an area bigger than Connecticut. Experts attribute the sudden rise partly to illegal logging enabled by recent law enforcement leniency, the forest code reform and land speculation. Illegal logging remains widespread in Brazil and is often the cutting edge of broader forest degradation and deforestation. Illegal, unplanned conversion of forests to farms also remains a significant problem, in spite of efforts to curb deforestation associated with commodities such as beef and soy. An estimated 68 percent to 90 percent of the deforestation was illegal from 2000 and 2012. Environmentalists who publicize illegal deforestation do so at their peril. Since 2012, at least 150 have been killed for fighting against illegality in the region. Indigenous peoples are also at extreme risk, facing threats and invasion of their lands by illegal loggers. Who profits from illegality? Roughly 5 percent of Brazil’s gross domestic product came from the forest sector in 2012. The Brazilian government certainly loses revenue from illegal logging, which is not taxed. Forest companies following the laws also lose; with a price difference of up to 40 percent between legal and illegal wood, illicit logging outcompetes the legitimate market players. 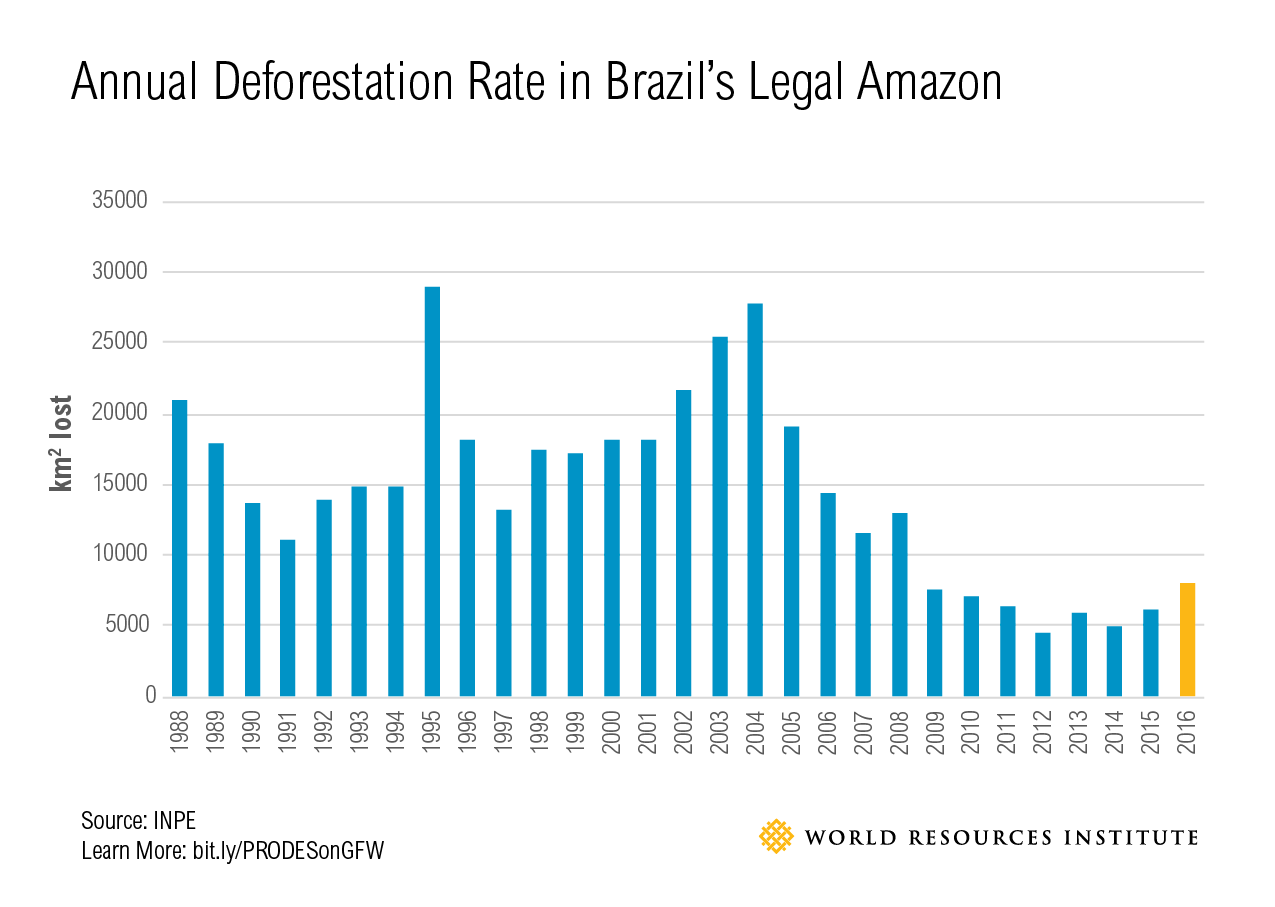 Although Brazil has celebrated the reduction of greenhouse gas emissions from Amazon deforestation for over a decade, now it is time to pay serious attention and invest in efforts to overcome such recurrent problems in the region.

On the same day as the deforestation announcement, the government announced the implementation of the SICAR System, a national online public database that gives the location of mandatory conservation areas within each private property in Brazil, a key element for ensuring sustainable agriculture production. The good news about SICAR, which creates more transparency about land use in the country, was overshadowed by the serious increase in deforestation rates. Brazil also recently announced an ambitious pledge to restore 22 million hectares of degraded forests and agricultural land, which will also prove most successful if rules to protect forests are enforced. By stepping up enforcement, Brazil can move from the bad news about deforestation to the positive story they have to tell about legal land and forest reform.