Loreto, Peru — A forest monitor from the Indigenous community of Vista Hermosa checks her smartphone. A satellite map showing the forest around her pops up. Her community’s territory is outlined and pink pixels—deforestation alerts—are visible within the boundaries. She and her fellow forest monitors react quickly, patrolling to the alert to confirm the deforestation. Finding the stumps and area cleared, they snap some photos and record their observations, and return to their community to relay the information and decide what to do next.

Vista Hermosa, along with 75 other communities in the Northeastern region of Peru are participants in a two-year randomized control trial, conducted by researchers at New from Johns Hopkins University and New York University, in partnership with the Rainforest Foundation US (RFUS), ORPIO and Global Forest Watch, to determine whether equipping Indigenous communities with satellite data could help bring deforestation rates down.

The results, released today in the Proceedings of the National Academies of Sciences, found that communities that implemented technology-based forest monitoring saw a reduction of 52% in the first year and 21% in the second year, compared to similar territories that did not change their monitoring practices. The most significant reductions were in communities facing the most immediate threats to their forests. These findings have implications for deforestation prevention strategies across the Amazon as a low-cost, high-return strategy to combat climate change.

You Can’t Prevent Deforestation If You Can’t See It

The premise of the study was simple — in order to effectively act against deforestation within their territories, Indigenous communities first must be able to quickly detect it. Satellites offered a solution. Orbiting and imaging the Earth constantly, they can show changes in forest cover between images on tiny scales. These images are used to build GLAD alerts, updated weekly on the GFW platform to show likely instances of deforestation, as well as the weekly alerts produced by Peru’s Ministry of the Environment. 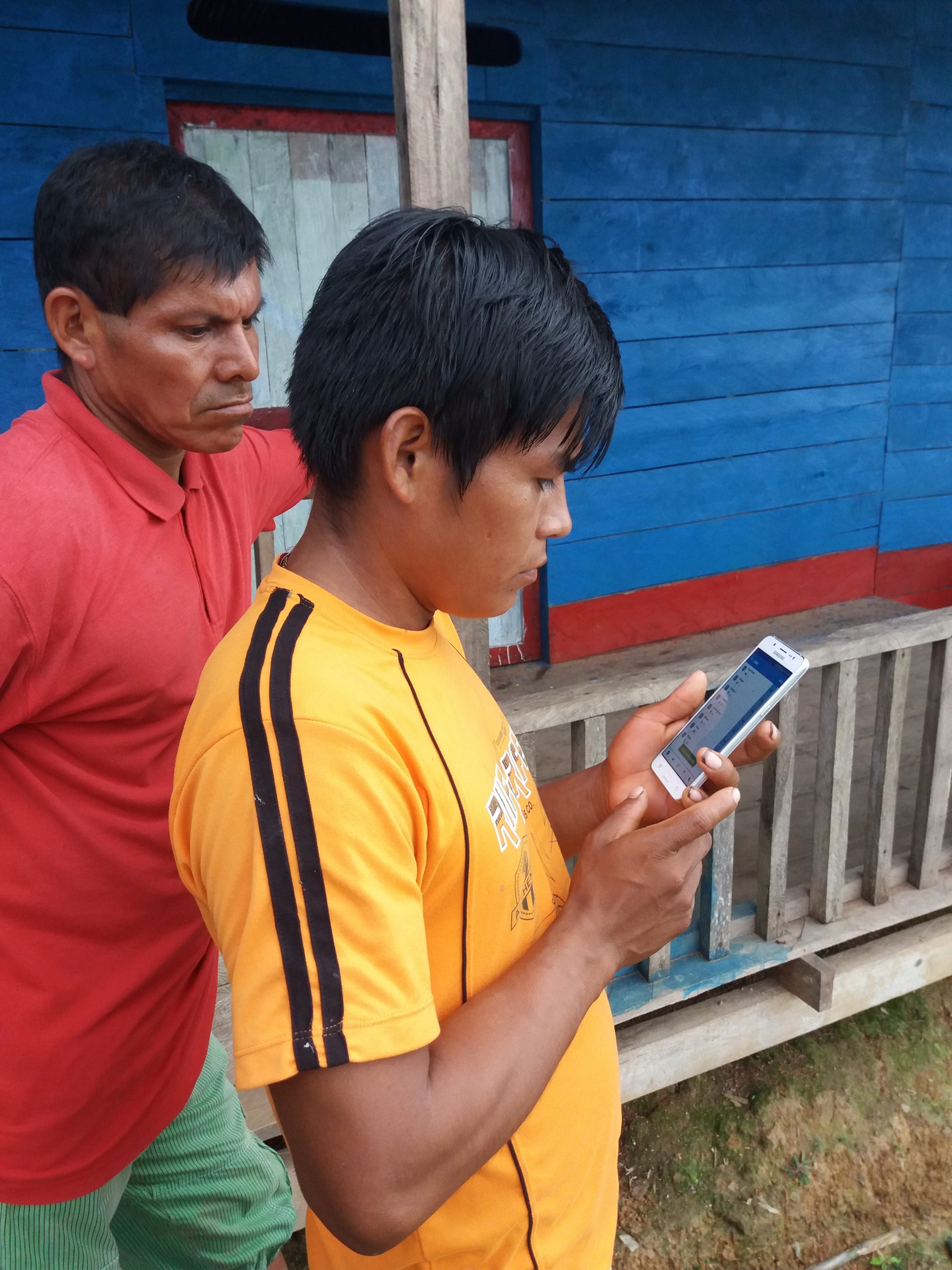 But these systems rely on technology access to use. Often the places where the use of alerts could have the biggest impact are deep in the rainforest, with no access to the internet or cell service.

“What good does the information do if it’s only seen by a bunch of academics and people in glass buildings?” said Tom Bewick, Peru Country Director for the Rainforest Foundation US, who was a principal architect of the study’s monitoring program. “The whole point is putting it into action.”

So, in order to put the data into action, RFUS provided each participating community with smartphones and training on the use of the phones, alerts and drones. Then, once per month, a courier would hand deliver the latest alert data along with maps and GPS coordinates to each community on a thumb drive. Community monitors could then transfer the data to their phones and access it offline to conduct patrols. The hope was that timely follow-up on the alerts would allow communities to stop deforestation in its tracks.

Communities participating in the study selected three members to serve as forest monitors, who would take responsibility for investigating deforestation alerts in their territories. Forest monitors received a daily stipend of $8 (USD) while out on patrols.

When an alert was verified to be unauthorized clearing, monitors documented and brought their evidence back to the community to make collective decisions about how to follow up. Often, trees are cut by outsiders, either to illegally harvest logs, clear for agriculture, or cultivate coca for cocaine production.

Sometimes communities decide to confront the encroachers themselves. This was the case in Vista Hermosa, where, when shown the satellite images of their clandestine operations, the culprits decided to abandon the clearing. In other cases, communities have compiled reports to provide to the environmental authorities in Peru, who have then taken actions against the perpetrators.

Regardless of what a community decided to do with the information, having designated monitors reduced decision-making delays that could otherwise stall the response to encroachment. A comparison of the 36 participating communities to 37 control groups that maintained their typical monitoring practices found that monitoring activity intensified in communities where authority was invested in monitors. The average rate of territorial patrols and corresponding deforestation reports doubled in the first year.

What the results of this study show is that investing in forest communities improves their capacity to protect their own territories, and this results in averted deforestation.

Bewick says that the model demonstrated by the project in Loreto could be adapted and expanded across the Amazon. According to the study, adopting similar local governance strategies in Peru could save 134,000 of 500,000 hectares of forests likely to be lost over the next decade. In Brazil, 300,000 of 2.2 million hectares of deforestation could be averted in the same time scale.

“Loreto represents everywhere,” Bewick said. “There’s a solution here, it’s cost effective, and it works. This would be a good investment for the future, not only for Peru but for our planet.”