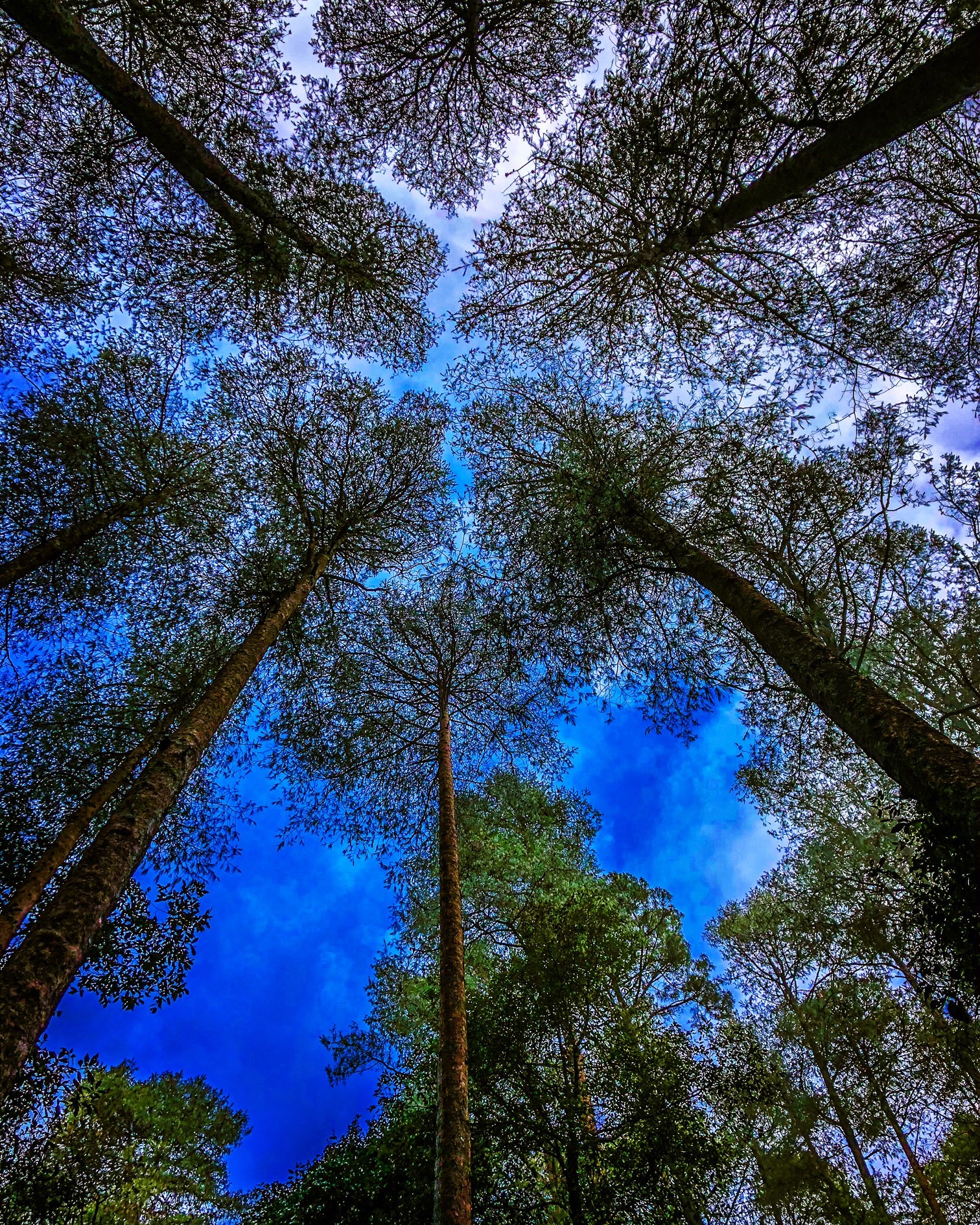 According to the latest analysis on the Global Forest Review, during 2021, the tropics lost 11.1 million ha (hectares) of tree cover. The rate of tropical primary forest loss alone reached 10 football pitches per minute, generating the same amount of CO2 as the annual fossil fuel emissions of India. Globally in 2021, the world lost 25.3 million ha of tree cover, equivalent to the area of Ecuador.

Forests are a strategic component to addressing climate change. Each year, they absorb a third of the CO2 released by the burning of fossil fuels. In addition, they are home to 80% of the world’s terrestrial biodiversity, support soil formation and aquifer recharge and prevent desertification. Because of the economic, social and environmental importance of forests, and their persistent loss at a global level, there are voluntary, public, and private instruments, mechanisms, and legal and economic incentives that seek to protect the integrity of these ecosystems and the biodiversity they house. One of these instruments is the establishment and management of Natural Protected Areas (NPAs).

Approximately 17% of Mexico’s territory is forested. However, GFW monitoring reveals that these ecosystems continue to experience significant losses and 2021 was no exception. This blog addresses the crucial role NPAs play in reducing forest loss and achieving Mexico’s climate and biodiversity commitments. Furthermore, it analyses tree cover loss between three areas with different protection categories in the state of Campeche, seeking to highlight the role of NPAs in mitigating deforestation.

According to GFW, in 2021, Mexico was the twenty-sixth country with the greatest tree cover loss, losing 189,080 ha of tree cover, or 1.25 times the area of Mexico City, releasing 85 megatons of CO2e into the atmosphere. This loss is important since the Mexican economy, particularly in the rural context, is highly dependent on its forests and jungles through forest-sector employment, trade of timber and non-timber products, ecotourism, and other environmental services with economic importance.

Nearly 60% of the tree cover loss at the national level was concentrated in five states: Campeche, Chiapas, Oaxaca, Veracruz and Quintana Roo. These states lead the deforestation lists in recent decades. In fact, the National Forestry Commission of Mexico (CONAFOR) has identified several deforestation hotspots within their territories.

During 2021, the rate of tree cover loss in Mexico decreased by 31% compared to the average of the previous five years. However, the last five years recorded four of the five years with the largest loss of tree cover. Thus, the 2021 loss is comparable to the loses that had been maintained up until 2015. Although the reduction represents a respite from the previous rate of losses, it is far from being a trend. For that to be the case, tree cover loss must remain low in the coming years.

The tree cover loss seen in Mexico is the result of social, environmental, economic and governance conditions. In general, the opportunity cost of forest conservation hardly competes with other land uses, such as agriculture, real estate or tourism development. However, determining the causes of the decrease in tree cover loss in 2021 requires an analysis of the conditions in each region. A potential explanation is that, after years of high rates of tree cover loss, there are fewer areas still suitable for exploitation, or what remains is not financially viable for exploitation.

Tree cover loss is the permanent or temporary removal of tree cover for any reason, including anthropogenic and natural causes, such as fires. It is a phenomenon that can lead to deforestation, defined as the permanent elimination of forest cover, and induces changes that negatively affect ecosystem structure and functioning. In Mexico, tree cover loss is the main direct cause of degradation of terrestrial ecosystems and loss of biodiversity.

Forest degradation impacts the quality of ecosystem services, water services, climate regulation and carbon storage. To maximize the benefits from forests, it is necessary to maintain forest landscapes intact and ensure their sustainable management. Therefore, preventing deforestation is as important as protecting the integrity of existing forest areas.

In addition to being a key part of the solution to climate change, forest conservation creates synergies to address other global crises, such as biodiversity loss, desertification and drought. Similarly, forests contribute to local livelihoods and the national economy.

Environmental regulations and other political instruments directly and indirectly influence deforestation rates in the world. NPAs have been identified as useful tools to mitigate the loss of tree cover and deforestation. In Mexico, where approximately 11% of the land area is under some category of federal NPA, several studies estimate the effectiveness of the NPAs based on their ability to stop urban growth and prevent land use change processes. In most of the NPAs analyzed, the rates of change are lower than their surrounding areas and the ecoregions in which they are located.

Evidence from Protected Areas in Campeche

We compared three areas under different protection categories in the state of Campeche to visualize the role of NPAs in mitigating tree cover loss: the Calakmul federal NPA; a Voluntary Conservation Area (ADVC) in the surrounding area of Calakmul; and an area without any category of protection but with the same type of ecosystems as the two previous areas. Uploading the polygons onto the GFW platform, we compared the areas of tree cover lost between 2015 and 2021 for the three areas, as well as for the entire state of Campeche.

Because the areas had very different dimensions, we normalized the hectares of cover lost per year with respect to the area of each polygon. The figures reported in the graph represent the percentage of tree cover loss during the selected years in each polygon.

Forest Conservation in the National and Global Environmental Agenda

The value of NPAs and other tools for forest landscape conservation becomes more relevant when considering the various commitments Mexico has made to halt deforestation and forest loss.

The mitigation component of the Mexican Nationally Determined Contribution (NDC) seeks to achieve zero net deforestation by 2030. The commitment was reiterated at COP26, where Mexico signed the Leaders’ Declaration on Forests and Land Use, promising to stop and reverse forest loss and land degradation by 2030.

Likewise, addressing forest loss is the backbone of several regional and voluntary initiatives Mexico has signed on. For example, within the framework of the 20×20 initiative , Mexico committed to restoring one million ha of forest cover by 2020. The initiative was updated for 2030 to protect and restore at least 50 million ha for said year. Likewise, the Bonn Challenge and the New York Declaration on Forests seek to restore another 350 million ha globally by 2030.

The Intergovernmental Panel on Climate Change (IPCC) concluded that reducing the rate of deforestation and forest degradation is one of the most robust mechanisms to mitigate climate change. It is estimated that the Mexican forestry sector can contribute to reaching 22% of the national goal for the reduction of greenhouse gases (GHG) emissions established in the Paris Agreement, which would contribute to the mitigation of 46 million tons of CO2 equivalent for the year 2030.

In addition to being an effective strategy for mitigation, forest protection creates synergies for adaptation to climate change since forest ecosystem services contribute to increasing the resilience of forest communities and reducing their vulnerability to climate change impacts, such as flooding and droughts. Several success stories have been reported where the recovery of forested areas in high basins benefits the recharge of aquifers, reduces landslide, and increases the availability of water in forest communities.

Likewise, forest conservation contributes to achieving the Sustainable Development Goals and other commitments for biodiversity conservation. Mexico is recognized as one of the seventeen megadiverse countries in the world and, since 1992, has been part of the Convention on Biological Diversity, in which it agreed to protect national biodiversity through various goals including reducing the rate of loss and degradation of protected natural habitats to a value close to zero by 2030.

Finally, conserving forest ecosystems and the biodiversity they house is a way of ensuring the well-being of rural communities, as forests cover close to 70% of the national territory and are home to 10.9 million people, many of whom live in poverty and marginalization. Given this vulnerability, the timber and non-timber forest resources are key to maintaining their livelihoods. For example, herbal medicine represents the first access to health in rural communities and is a common way of treating diseases and illnesses.

Forest loss is a global problem that endangers the forest integrity. Besides providing environmental services that sustain the well-being of communities, forests are key for biodiversity conservation and climate change mitigation and adaptation. Losing the world’s forests means undermining our ability to face global crises, such as the climate crisis.

NPAs are one of the most popular mechanisms for the protection of ecosystems in Mexico and have been identified as effective tools to mitigate the tree cover loss. However, the budget allocated to the National Commission for Natural Protected Areas (CONANP) has suffered significant reductions in recent years, which limits its ability to protect areas of high ecological value in the country. Given this, it is necessary to promote initiatives that seek the protection of the country’s forests.

WRI Mexico is involved in multiple efforts to conserve forests in the country. Through GFW, we promote and build capacity for forest monitoring among different stakeholders including journalists, academic institutions, and state governments. Similarly, Cities4Forests promotes the conservation of urban and peripheral forests in several Mexican cities, creating a link between the ecosystem services of these areas and those urban populations. Finally, the RE3CO initiative is undertaking mangrove conservation and restoration projects and promotes forest valuation while strengthening the livelihoods of coastal communities.