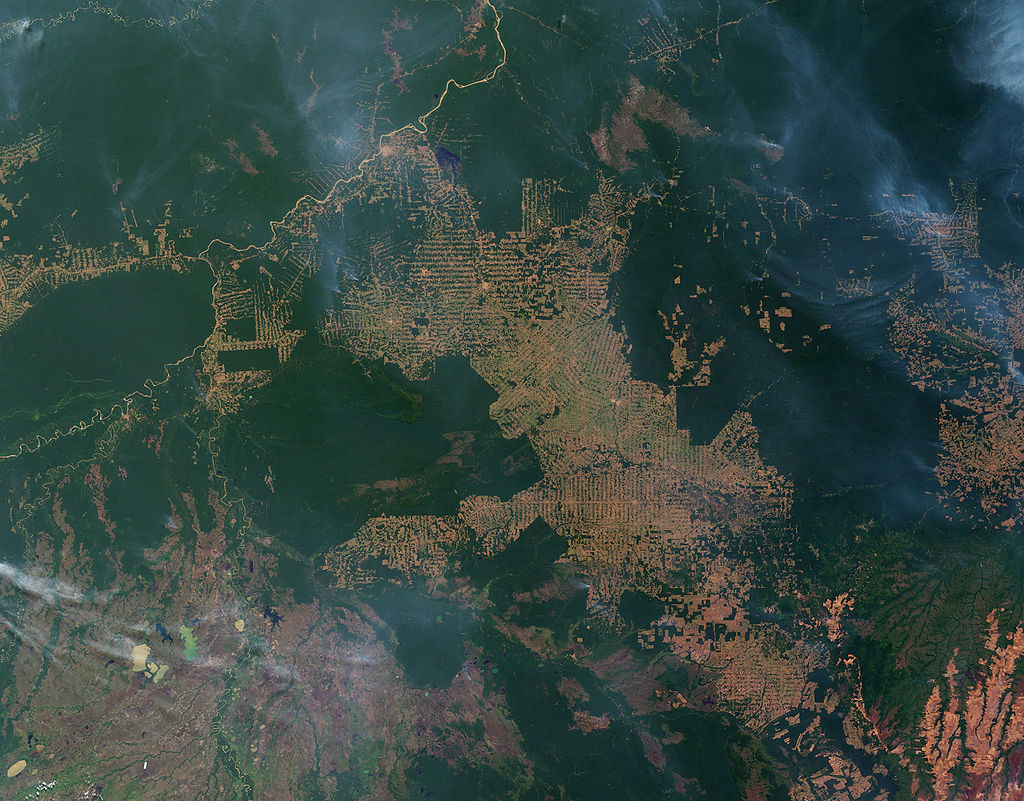 By James Anderson and Mikaela Weisse

As Rio’s Olympic stadiums empty and athletes head home, Brazil’s big moment in the global spotlight seems to be drawing to a close. But if we take the opening ceremony’s commentary on forest restoration and climate change to heart, Brazil is more relevant than ever. Brazil’s forests, from the steamy depths of the Amazon to the tropical savannahs of the Cerrado, represent one of the world’s best chances for reducing greenhouse gas emissions and fighting climate change. And for the first time, Brazil and the rest of the world have a tool to track how these forests are changing every week. Today, Global Forest Watch released the satellite-based GLAD system for Brazil, offering weekly alerts of new tree cover loss throughout the country. Created by the University of Maryland, Google and WRI, the alerts provide the fastest, highest-definition and widest-scale forest monitoring of any system yet available for Brazil. And for the first time, the public can now join Brazil’s government in tracking deforestation in near-real-time.

What Are GLAD Alerts? GLAD alerts identify areas of probable tree cover loss using information from Landsat satellite imagery. They are currently available for Brazil, Peru, Republic of Congo and Kalimantan, Indonesia. Compared to other forest alert systems on Global Forest Watch, the GLAD alerts are both more frequently updated and higher resolution. Each alert covers a 30 meter by 30 meter area, about the size of two basketball courts. New alerts are triggered with every new, cloud-free Landsat image (as often as every eight days for any particular location) and are updated weekly on the website. For more information on the methodology behind the alerts and how they differ from other monitoring systems, read our primer on GLAD alerts in Brazil.

The Next Step in the Evolution of Forest Monitoring

Brazil has made great strides in reducing deforestation, but still loses more tree cover every year than any other tropical country. In response, Brazil has developed some of the most sophisticated forest monitoring tools in the world¾ the government-run PRODES and DETER systems and SAD from Imazon, an NGO. While these tools remain essential, the new GLAD alerts complement these systems with more frequent alerts, higher resolution pixels, coverage of the entire country’s forests, and public availability, allowing anyone with an internet connection to spot deforestation and sound the alarm. When it comes to stopping illegal or undesirable forest clearing in the act, speed is everything. Brazil’s environmental agency, IBAMA, already has one of the world’s best rapid response systems—using satellite alerts from the DETER system to direct law enforcement teams to the site via helicopter. However, DETER is only released publicly every three months. GLAD alerts, by comparison, are made available to the public every week via Global Forest Watch’s email subscription service.

Speedy response times only work when you can identify the location of the illegal activity. Fine-scale deforestation detection is increasingly important considering that most large-scale forest loss is preceded by some sort of smaller clearing, often a road or an access point on a river. If police can detect smaller clearings, they can stop the deforestation before it spreads further. Systems like DETER and SAD offer alerts at 250 X 250 meters, an area roughly the size of 150 basketball courts. However, reports suggest that illegal loggers are adapting and clearing even smaller plots to try and evade satellite detection. GLAD alerts measure 30×30 meters—about the size of two basketball courts—allowing users to see small-scale changes like emerging logging roads (PRODES also measures forest clearing at the same resolution, but on an annual basis).

Finally, Brazil’s current alert systems only monitor the Amazon region, where deforestation has dramatically declined over the last decade. But forest clearing has actually risen in Brazil’s less well-known biomes like the Cerrado. This dry forest and savannah area has extremely high biodiversity and many indigenous land claims, but is being rapidly cleared for soy and cattle. GLAD alerts can spot forest change across all of Brazil’s forested areas, including the Cerrado and the Atlantic Forest.

Brazil’s Forests Matter for Everyone

GLAD and Climate Targets GLAD alerts, when analyzed against a detailed map of carbon emissions, can also allow us to estimate how well Brazil and other countries are doing towards meeting their emission reduction goals. Check out the new visualization on GFW Climate to learn how different countries stack up.

Brazil has already led the world in saving carbon by saving forests. The country now accounts for about 20 percent of the world’s emissions from tropical deforestation, down from 69 percent a decade ago. But even with its success, Brazil’s forests remain key to curbing global climate change. With GLAD, the Brazilian government has a powerful tool to crack down on illegal deforestation and continue evolving its own monitoring systems. You can be a part of the effort to protect Brazil’s forests, too. Access the GLAD alerts on GFW here, subscribe to an area you want to monitor and share what you find.