By
David Gibbs, Nancy Harris and Katie Reytar
Posted on November 19, 2020
Subscribe to the
GFW newsletter

Progress Must Speed Up to Protect and Restore Forests by 2030

By
David Gibbs, Nancy Harris and Katie Reytar
Posted on November 19, 2020
Subscribe to the
GFW newsletter

In 2014, the future of forests looked bright. Governments, companies, non-governmental organizations and Indigenous groups committed to ten ambitious goals under the New York Declaration on Forests (NYDF). This major international declaration aims to protect forests, driven by the understanding that halting deforestation is essential to mitigating climate change and maintaining other benefits of forests. These goals include halving deforestation by 2020 and stopping it by 2030, while restoring an area of degraded land larger than the size of India.

This year’s assessment of progress on the NYDF firmly concludes that deforestation is not slowing enough to achieve this goal. In fact, by some measures, we are further from stopping deforestation now than we were six years ago. On top of that, limited data is making it difficult to fully assess progress on forest restoration. Although this reality presents a steep uphill battle, rapidly accelerating actions to end deforestation and restore forests offer hope that the 2030 goals can still be achieved.

We’re headed in the wrong direction to end deforestation

Two independent datasets show that the world is not on track to halt deforestation. Global Forest Watch data — created using a globally standardized remote sensing methodology — indicates that annual tropical primary forest loss has actually increased by 41% since the NYDF was signed, and annual global deforestation has increased between 55% and 64%. The United Nations Forest Resources Assessment 2020 also indicates insufficient progress toward the NYDF goals. This aggregation of country-reported statistics on forest change shows a slight drop in deforestation since 2000, but nowhere near the amount required to achieve the 2020 or 2030 targets.

Despite the differences between the two datasets, they share a key message: the world failed to halve deforestation by 2020 and, as a result, is not on a trajectory to stop it by 2030.

Each year, the world loses about 10 million hectares (24.7 million acres) of forest area — equivalent to 27 soccer fields per minute. Every year that deforestation is not reduced as quickly as possible will require even larger reductions in the following years to achieve our goal. In the meantime, deforestation will continue to cause emissions, the loss of forest benefits and the curtailment of Indigenous rights. If the past 19 years are any indication, the necessary decrease in forest loss seems unlikely in the next decade. Although unlikely, the world can’t afford to not attempt reaching this goal.

Why is progress so slow?

The issue largely arises from the disparity between the commitments made and the actions taken to meet them. Goals two through four of the NYDF track specific contributing factors to global deforestation, while goal five outlines restoration targets. In each of these categories, actions fell short of what is needed. 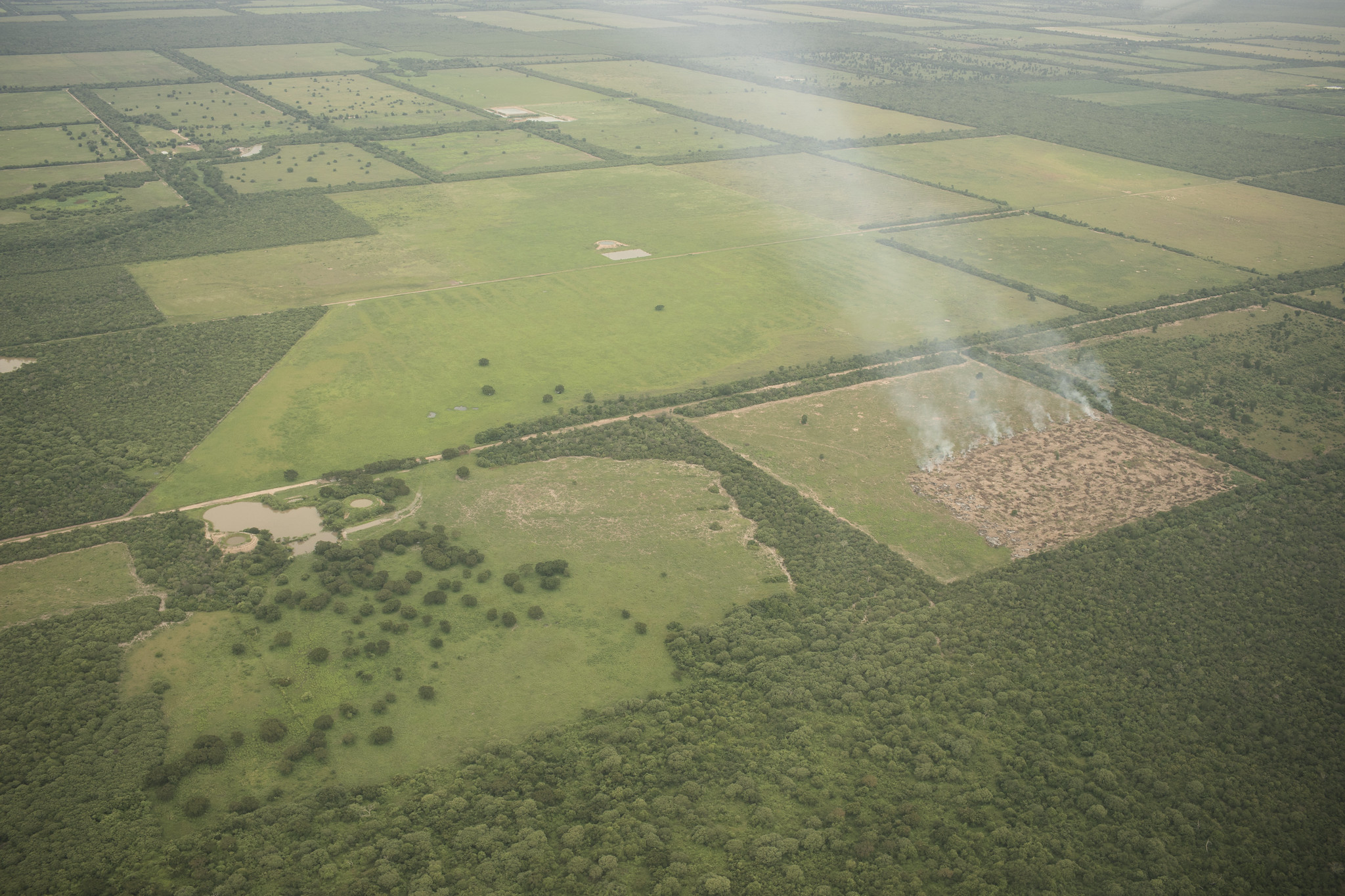 Fires used to clear land for pasture in Paraguay’s Gran Chaco region can be seen from an airplane. Photo by Jordi Ruiz Cirera/WRI.

Goal 3: Reducing Deforestation from Other Sectors

Although mining and infrastructure like roads and dams are not globally major causes of deforestation, they can heavily impact forests at local scales. Companies in these sectors generally provide even less information on what they are doing to prevent deforestation than the agricultural sector does. For example, a recent World Bank report could not identify any mining operations that comprehensively addressed and mitigated their environmental risks, and financial institutions are generally not providing data on the extent to which their mining and infrastructure investments align with their sustainability principles. The forest impacts of these sectors are expected to intensify as the demand for mined materials increases, and as infrastructure projects bring farmers, loggers and poachers to new forest frontiers.

Efforts are increasing to find ways to meet the basic needs of communities, such as fuelwood and food, without further deforestation. However, these efforts aren’t happening at the necessary scale and are generally not addressing the root causes of poverty, limiting their effectiveness. For example, programs that seek to take pressure off forests by improving the agricultural productivity of smallholders’ existing farms  often fail to invest in underlying conditions to secure farmer livelihoods such as land tenure, public services and market access, alongside improvements in governance to ensure forest protection measures are respected.   But some governments, like Malawi’s, have begun doing that hard work and helping communities manage their forests sustainably while planting fast-growing trees to meet immediate demand for firewood. 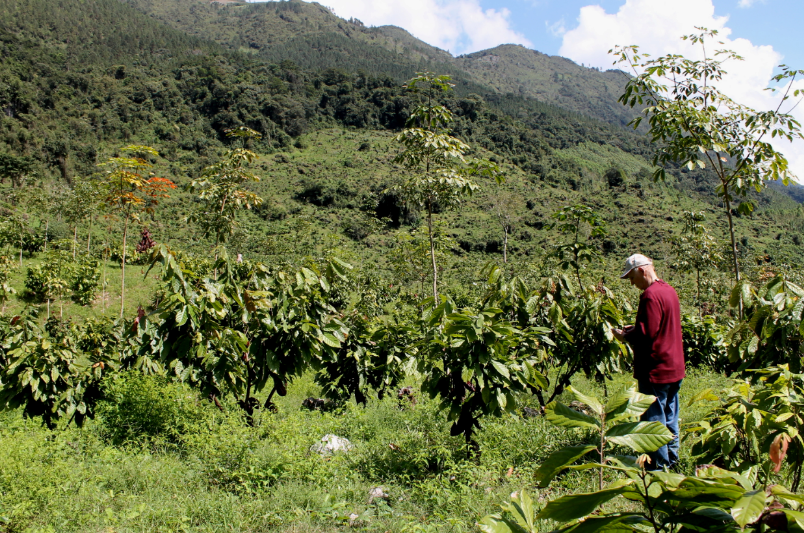 For restoration, the shortcomings can be linked to a lack of investment at scale and a dearth of globally consistent data. Restoring 350 million hectares will require billions of dollars. Funders have committed $4 billion through the AFR100 Initiative in Africa and Initiative 20×20 in Latin America. Even that is not enough to reach the NYDF’s goal, though there are dozens of successful projects in each region. The Great Green Wall in Africa’s Sahel, for example, faces a $4.3 billion yearly funding gap through 2030. There is also no systematic and independent way to track where or how much of that funding has reached projects, though reports indicate that governments, private investors and entrepreneurs are starting to incentivize, finance and scale up their work.

This underscores the importance of developing a global method that consistently tracks where those trees are growing, and that complements existing tree cover loss data. That approach will need to work inside the forest and outside it on farms and pasture, where restoration has the most benefits for people. Regional pilots of this method in Central America and Southeast Asia, conducted as part of the 2019 and 2020 NYDF Progress Assessments, are promising. But understanding tree cover gain and loss together – and assessing the overall health of forests – will require improved data and techniques.

While the latest NYDF report is stark in its message, new initiatives that can turn the tide are gaining momentum. The growth of zero-deforestation commitments shows that motivation to halt deforestation still exists across governments, companies, financial institutions and civil society. And innovative restoration programs like the more than 50 private-sector projects aligned with Initiative 20×20 and the growing Land Accelerator network, whose entrepreneurs are helping 120,000 farmers produce more sustainably, are boosting funding for forest protection and restoration.

Moving forward will require hard work, improving transparency, employing environmental safeguards, reducing consumption of high-deforestation goods and increasing ambition and financing from companies and governments alike. Growing investments and commitments to protecting and restoring forests must pair with equivalent action. Failing to do so will seal the fate of forests for years to come.