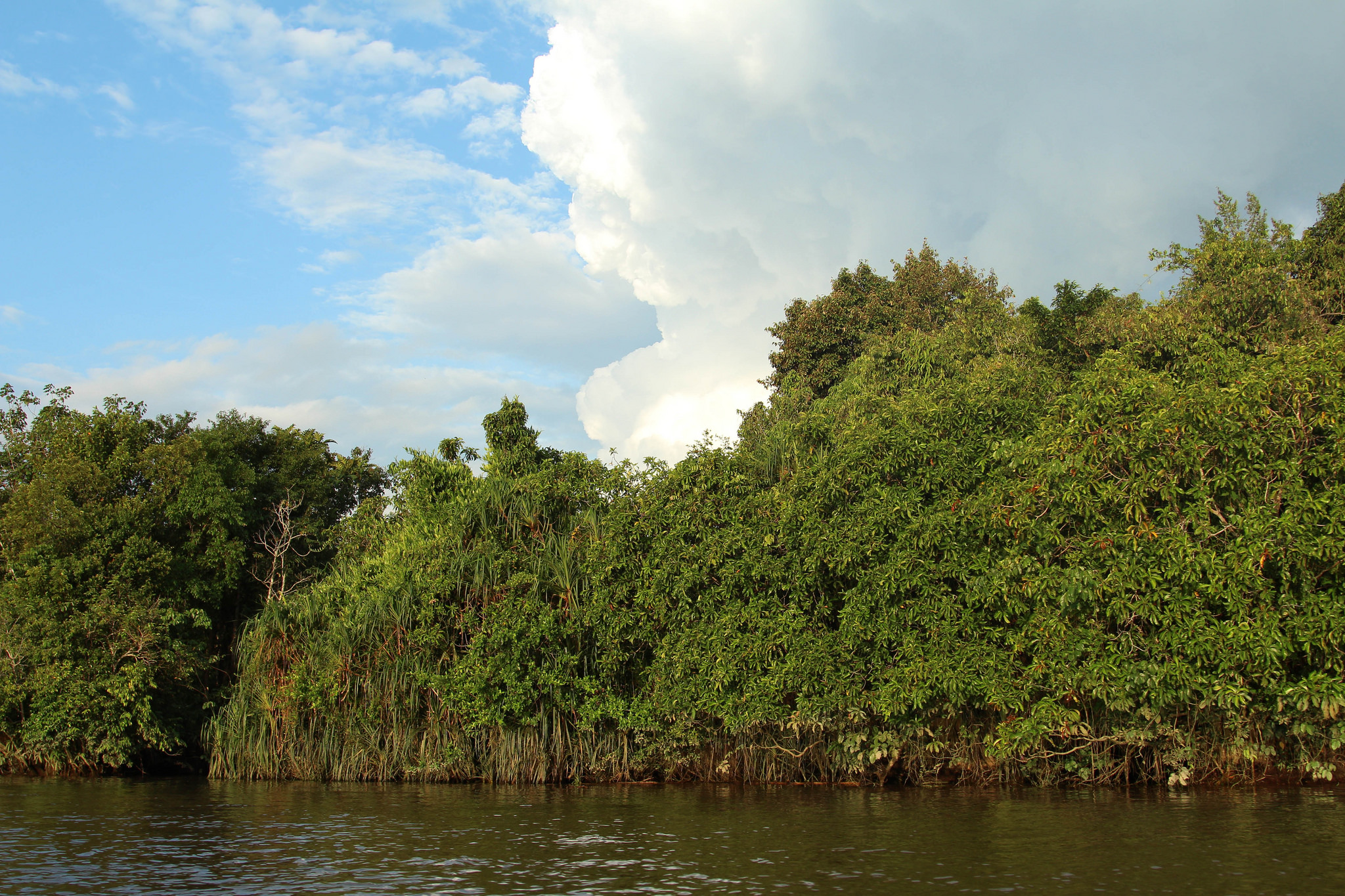 By
Liz Goldman, Zuraidah Said and Hidayah Hamzah
Posted on October 2, 2018
Subscribe to the
GFW newsletter

By
Liz Goldman, Zuraidah Said and Hidayah Hamzah
Posted on October 2, 2018
Subscribe to the
GFW newsletter

According to data from the University of Maryland (UMD), available on Global Forest Watch, tropical tree cover loss in 2017 was the second worst on record. Contrary to the global trend, both the UMD data and the official deforestation data provided by the Ministry of Environment and Forestry (MoEF) show that Indonesia actually experienced a decline in tree cover loss compared to the previous year. While the trend in these two datasets is similar, the amount of loss varies between the two sources. In this blog, we shed light on the differences between the UMD tree cover loss data and Indonesia’s national deforestation data.

What does the UMD data show?

According to the UMD data, Indonesia had 1.3 million hectares of tree cover loss in 2017. Viewing the total loss in Indonesia enables comparisons among the rest of the world, but given the high density of planted forests, it may not be best suited to provide an in-depth look at the Indonesia’s forest change. However, there are several different ways to look at the UMD tree cover loss in Indonesia to offer more perspective.

We can look at the amount of loss in natural forests (i.e. excluding loss in plantations mapped in 2013/2014) to get a better sense of how forests are changing in the country. By that metric, UMD’s data shows Indonesia had 1.0 million hectares of natural forest loss in 2017.

To look at loss in the most important forests, we can also filter the data to only show change inside primary forest (as defined by Margono et al.). UMD’s data shows Indonesia had 0.4 million hectares of primary forest loss in 2017. 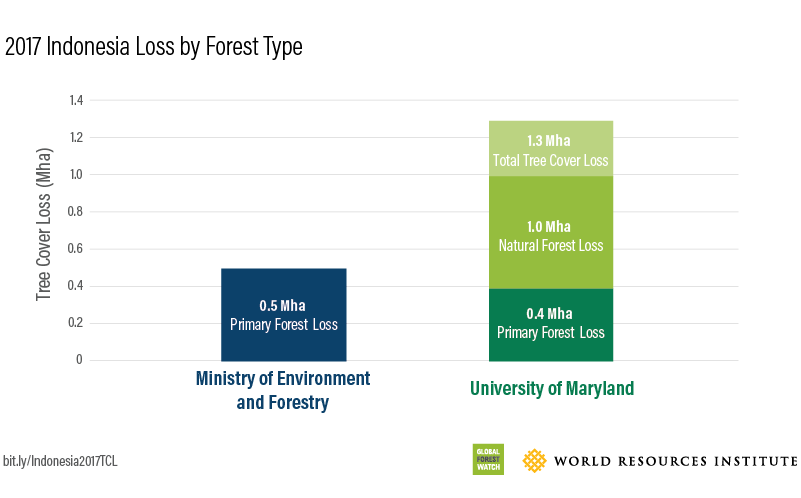 Why do the numbers differ?

1. Methods for analyzing loss: UMD’s measure of tree cover loss uses the complete removal (also known as stand replacement disturbance) of tree cover canopy at 30 by 30 meter resolution, the size of each Landsat pixel. This loss may be the result of human activities, including forestry practices such as timber harvesting or deforestation (the conversion of natural forest to other land uses), as well as natural causes such as disease or storm damage. Fire is another widespread cause of tree cover loss and can be either natural or human-induced.

In contrast, MoEF defines deforestation as loss occurring within seven classes of forest as derived from the MoEF’s land cover map. The land-cover map is produced using visual interpretation of Landsat satellite images at a mapping unit of 6.25 hectares.

The MoEF reports gross loss numbers each year, acknowledging forest gain within timber plantations after the trees are mature (usually within 5 to 7 years). In contrast, UMD’s tree cover loss data does not include any tree cover gain.

MoEF defines one year of data by July of the previous year through June of the stated year, and therefore does not experience this lag in detection.

Loss not reported by MoEF may be occurring younger forests or forests that were degraded during the past 30 years (and thus not included in the primary forest data), but in some cases is still relevant to deforestation statistics. By using both MoEF and UMD data we can capture a more complete picture of tree cover change in Indonesia.

Despite definitional, detection and scale differences, both the MoEF and UMD data sets capture important types of loss and show similar trends.