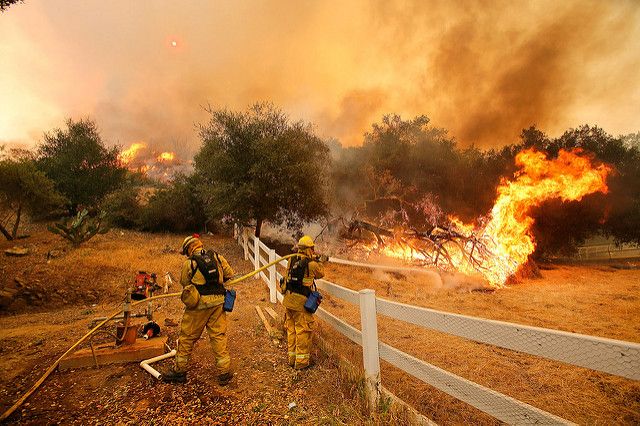 By
Susan Minnemeyer
Posted on August 20, 2018
Subscribe to the
GFW newsletter

5 Graphs Show Just How Unusual This Year’s Wildfires Are

By
Susan Minnemeyer
Posted on August 20, 2018
Subscribe to the
GFW newsletter

This time of year always brings wildfires. But what’s unusual this fires season is where and how the blazes are burning—and it could be a warning sign of what’s to come.

Hotter-than-normal temperatures and drought across much of northern Europe and North America in June and July have resulted in wildfires burning in what are typically wetter, cooler regions. England’s peatland moors, Ireland, Sweden, Scandinavia and even areas north of the Arctic Circle experienced significant fires over the past two months.

According to data displayed on Global Forest Watch Fires, Sweden, Finland and Latvia experienced more fires in 2018 than they have any other year since at least 2012. 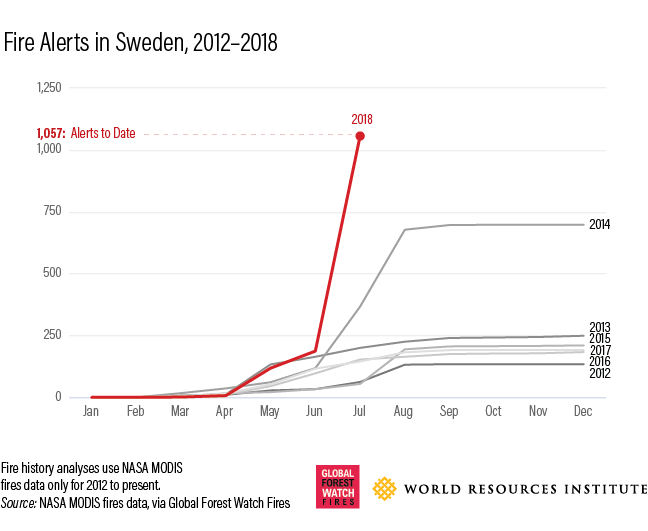 Estonia has already seen more than double the number of fires in 2018 than any other year since at least 2012. 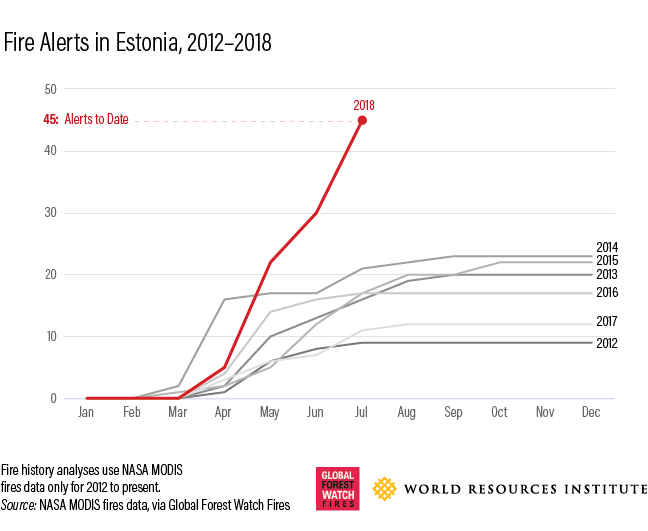 And this year’s fire season is on track to become the worst since at least 2012 in England, Germany, Denmark and Norway.

This is also turning out to be an unusual year even in places where wildfires regularly occur.  California and Greece both experienced a faster-than-usual start to their fire seasons. California’s Mendocino complex fire was recently declared to be the largest ever recorded in the state. July’s wildfire in Mati, Greece caused 90 deaths. 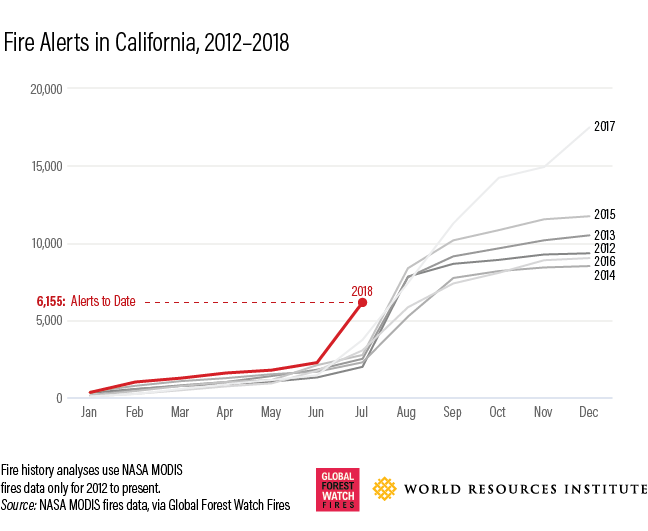 In more populated places, fire occurrence is closely linked with human activity, such as campfires and discarded cigarettes. But this year’s record-breaking heat waves and dry weather contributed by drying forests and creating drought conditions so pronounced they are visible from space. These dry conditions allow fires to spread rapidly, creating large, out-of-control blazes like what we’re seeing right now in Montana and California.

Are Today’s Fires a Sign of What’s to Come?

With a warming climate, some places will become wetter while others will become drier, and every degree of warming increases the probability of extreme events. Climate change is also predicted to increase the likelihood of lightning-ignited wildfires.

Even in the short term, the trend of warming weather and unusual wildfires is likely to continue. Global weather cycles, such as the El Niño/La Niña climate oscillation, cause major temperature and precipitation anomalies around the world, and contribute to year-to-year variation in the number of wildfires worldwide. The last strong El Niño in 2015-16 led to the worst Indonesian wildfires in 20 years, and a record year for fire-driven tree cover loss across the Amazon region in 2016. According to the NOAA Climate Prediction Center, El Niño has a 65 percent chance of returning during September-December 2018, and a 70 percent chance during December 2018-March 2019.