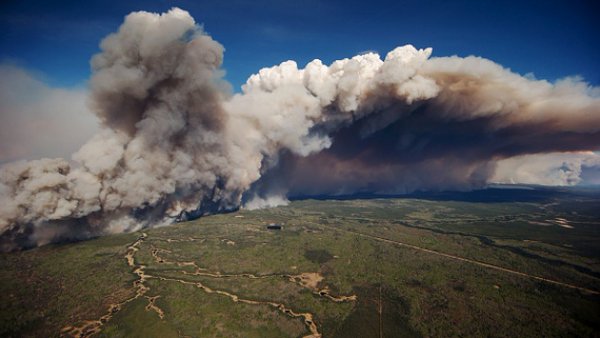 By Rachael Petersen, Susan Minnemeyer and Wynet Smith Fires are a natural part of many boreal forest ecosystems, but the massive blaze raging in Alberta, Canada is a catastrophe that threatens human health, the economy and the environment. The fire has already displaced 80,000 people—the largest fire evacuation in Canada’s history—and threatens hundreds of thousands of hectares of forest. This current episode in the Fort McMurray area is remarkable in its size, extent and human impact. Data from the Global Forest Watch platform provide context on what’s going on with Alberta’s forest fires:

1) These fires are an anomaly.

Satellites have detected more than 1,000 active fire (FIRMS) points in the last week around Fort McMurray, a city of about 80,000 people located northeast of Edmonton. To date, over 240,000 hectares have burned across Alberta this year, exceeding the total burned area for all years in the last decade except 2011 and 2012. Officials on the ground are reporting that the fire has grown to 16 times its size in the last few days, greater than 229,000 hectares at last count. Experts pinpoint a particularly strong El Niño year—producing a warmer and drier winter than usual in Alberta—along with long-term effects of climate change as creating conditions that enabled the wildfire to rapidly spread.

2) This area is important for forest management and resource extraction.

This region of Alberta is also notable for its oil and gas activity. Fort McMurray sits on top of the Athabasca Oil Sands, the third-largest oil reserve in the world. In addition, the area around the fires includes land that has been leased for economic activity, including extraction for industrial minerals, such as sand, gravel, silica sand, salt, and limestone used for the oil sands project. Parts of the active fires area around Fort McMurray also fall within areas managed for timber extraction, including by ALPAC Forest Products Inc., an area certified by the Forest Stewardship Council. The fires in this area will continue to impact the industries that rely on natural resources in Alberta. 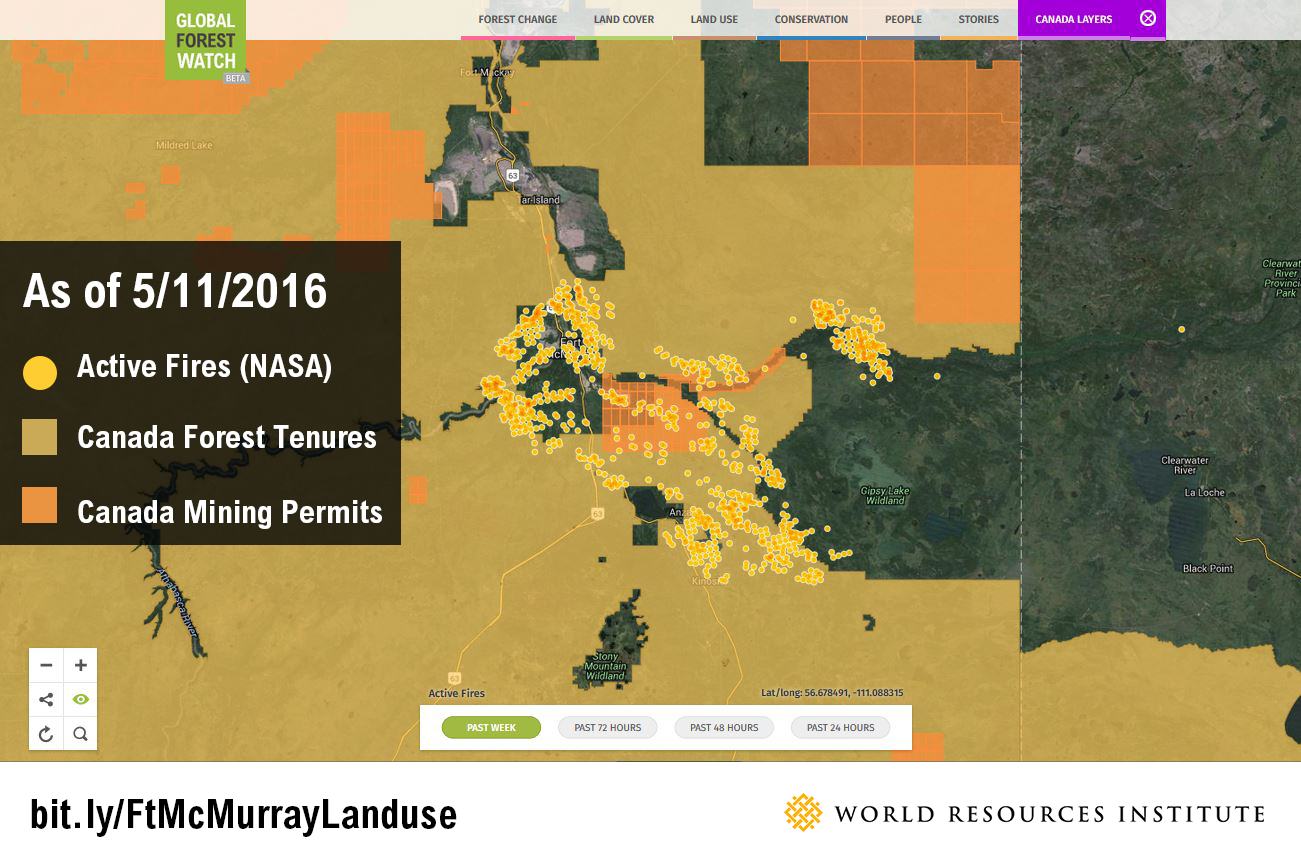 3) The fires impact the most valuable forest landscapes.

About 35 percent of the active fire area—around 78,885 hectares—overlaps with intact forests. These areas, to the south and southeast of Fort McMurray, are large expanses that previously showed no signs of human activity, a type of forest ecosystem that holds the high value for conservation. While some of these forests will regenerate with time, in the short-term, they’ll significantly impact timber values, carbon emissions and animal habitats like those that support the critically endangered woodland caribou. The fire has also spread onto nearby protected areas, including provincial parks.

4) Wind is making the fires harder to fight.

Weather conditions—including temperature and wind speeds—can make forest fires more difficult to contain. Authorities have sought to move evacuees south of Fort McMurray out of the direction of the fire and wind, which has reached speeds of up to 25 mph in the past week—three times higher than the average for May last year. You can track the wind speed and direction in real-time on Global Forest Watch Fires, as well as view historical wind data.

Real-time map of wind direction and speed around Fort McMurray.

5) Fire has already had a massive impact on communities, and will continue to affect the economy and environment.

Near-infrared images captured by DigitalGlobe’s WorldView-2 satellite on May 29, 2015 (left) and May 5, 2016. Bright red areas represent healthy forest land, while the areas burned by the fire show up as black and gray. Credit: DigitalGlobe.

It is unclear when people will be able to return to their homes, and what the long-term impacts will be on ecosystems like intact forests and caribou habitat. Along with being the biggest fire evacuation in Canada’s history, the fires are also likely to be one of the costliest disasters. Some analysts are predicting lower GDP growth in the country this year as a direct result of the fires, and banks estimate that losses could reach $9 billion in insured industry damages.

You Can Help Fight the Fires.

In the meantime, you can help first responders by joining Digital Globe’s Tomnod campaign, which allows anyone with an internet connection to identify and map damaged buildings or blocked roads on satellite imagery. Crowdsourcing efforts like this one can save valuable time and resources by collecting information as quickly as possible.