Blog home/Fires/California Made Headlines, but 5 Other US States also Broke Wildfire Records in 2018
Search the GFW Blog 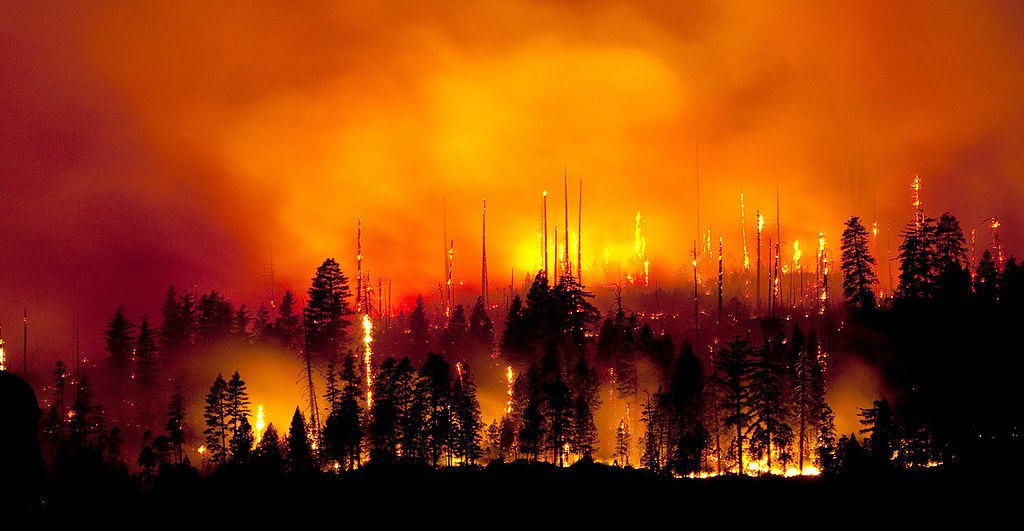 By
Sarah Ruiz
Posted on March 7, 2019
Subscribe to the
GFW newsletter

California Made Headlines, but 5 Other US States also Broke Wildfire Records in 2018

By
Sarah Ruiz
Posted on March 7, 2019
Subscribe to the
GFW newsletter

The western half of the United States spent much of last year on fire. While forest fires are a natural part of the ecology of the West, 2018 saw some of the most devastating fires in recent history as emergency management teams struggled to rein in blaze after blaze.

The state of California suffered the most, and the most visibly, from last year’s rash of wildfires. Its 2018 season was second only to 2008 in number of fire alerts detected on the Global Forest Watch Fires platform (more than 16,000), but surpassed other years in recent history in the sheer size of area burned. The Camp Fire that raged across northern California and destroyed the town of Paradise in November surpassed the Thomas Fire of 2017 as the state’s most deadly and destructive fire — killing 85 people, destroying 14,000 homes and burning an area the size of Chicago.

The California fires were also incredibly costly for the state. California spent $2.7 billion dollars on firefighting in 2017. The state had already spent one-fourth of its emergency funding on firefighting by the end of July 2018, before the most destructive fires had even begun.

But California wasn’t the only state that got scorched by 2018’s extreme fires. Several states experienced record-breaking fire seasons that drained resources and scarred the landscape: 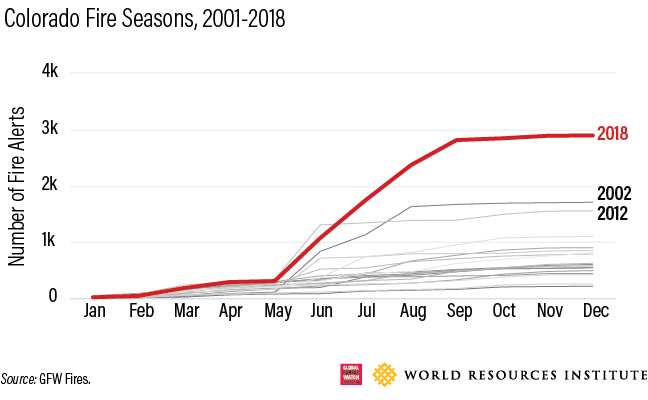 One unexpected victim of a more intense fires season was Hawaii. A dry summer across the state left the grass and brush vulnerable to wildfire. By August, 12,140 hectares (30,000 acres) had caught fire, compared to the 3,116 hectare (7,700 acre) total in 2017.

The tropical state also saw 4,721 fire alerts in 2018, its highest number since at least 2001. While a portion of the fire alerts can be attributed to grass fires across the islands, volcanic eruptions accounted for a majority of alerts on the Island of Hawaii where lava flows engulfed its southeastern shore. Between May and August the number of hotspots detected more than doubled — an unusual trend for a state that sees frequent volcanic activity, but had an exceptionally active year in 2018. 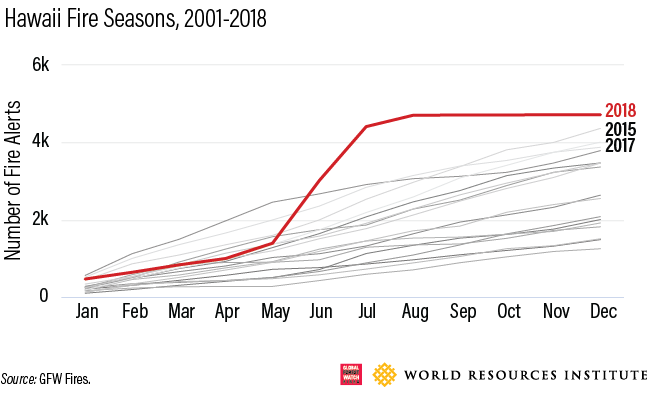 Oregon’s 2018 wildfires season ranked third for fire alerts, but the state spent a record-setting $514.6 million managing the flames. In total, roughly 342,530 hectares (846,411 acres) — an area larger than the size of Rhode Island — were burned. Oregon experienced a dry winter on the heels of abundant plant growth in 2017, which left fields and forests with plenty of fuel to burn. 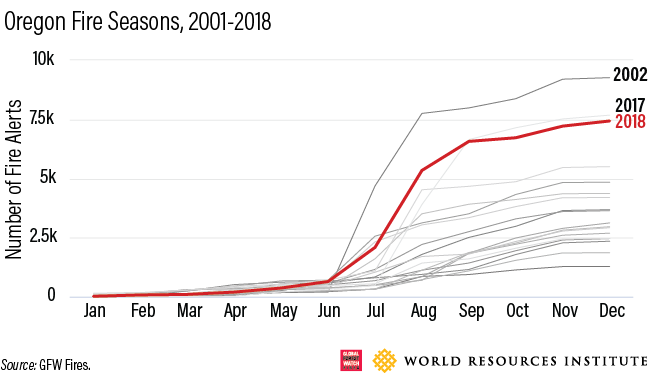 Utah’s fires set records for loss of property. As of August, an estimated 370 structures had been destroyed, the most destructive season for the state since 2003. Most of the destruction was caused by the Dollar Ridge fire, which burned 363 buildings, a large portion of which were residences. The state had been experiencing an extreme drought in the months before, creating the right conditions for a fast-moving and explosive fire. 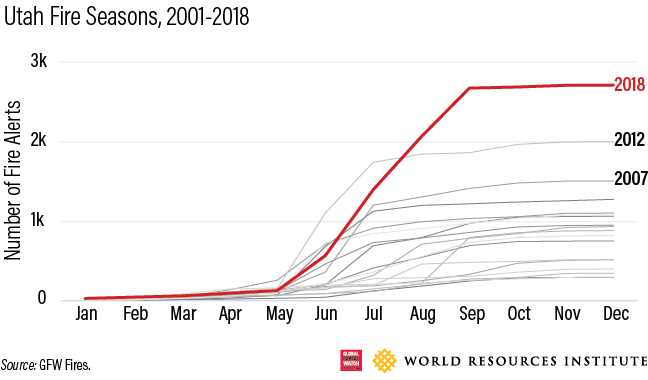 On the morning of July 5th, the Martin Fire began to blaze in Paradise Valley, Nevada. It grew quickly, and by the following week it had already burned across more than 177,600 hectares (439,000 acres) of grazing land and sage grouse habitat, an area twice the size of New York City. The inferno spread rapidly, at times moving across the landscape at 11 miles per hour. In under a week, the Martin Fire had become the largest single fire in Nevada history. 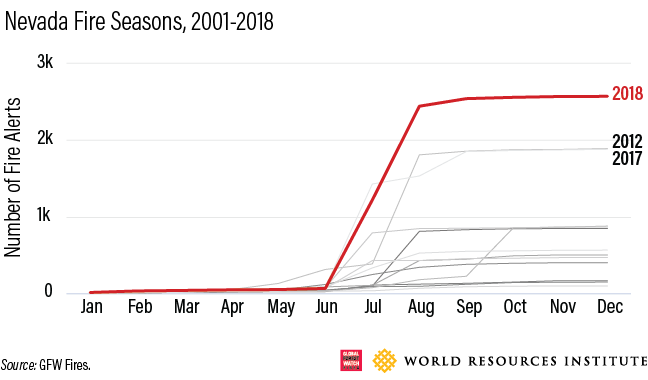 Preparing for the 2019 wildfires season

Though the flames have died down on the 2018 wildfires, year-to-year trends show the U.S. fires season is lengthening. Historically only spanning the hottest months of the year, fires in the United States and across the world are starting earlier and ending later. In the aftermath of such a devastating year, firefighters won’t have long to recover before the next wave begins. Climate models also predict hotter temperatures and prolonged periods of drought in the future, which will only make for more dangerous conditions in the western states.

BANNER PHOTO: October 2018 wildfire in Yosemite National Park. Photo by Salam2009/Wikimedia Commons. Originally appeared on WRI Insights. Editor’s Note 3/11/2019: This blog was amended to account for the influence of Hawaii’s volcanic activity on the number of fire alerts detected in 2018.