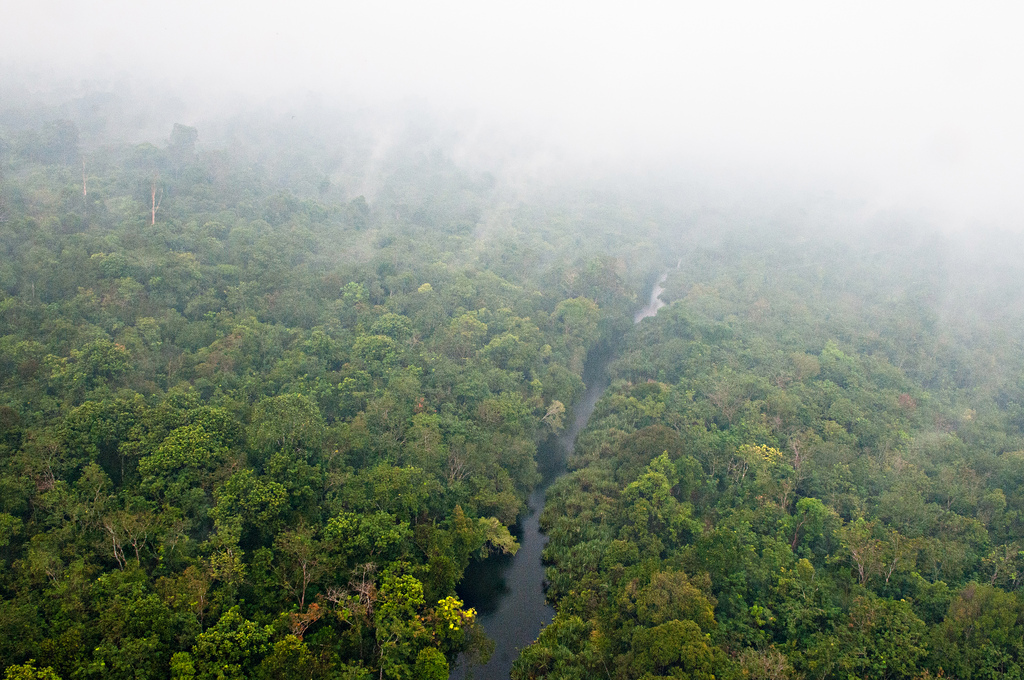 The Leuser Ecosystem on the Indonesian island of Sumatra is a hotspot for endangered biodiversity, described by Mongabay as “the only place on Earth where rhinos, orangutans, tigers and elephants live in the same habitat.” A broad area of the Leuser Ecosystem is designated a “National Strategic Area” for Indonesia, and is mapped as a “conservation area” by  the World Database on Protected Areas. But the protection afforded to this area is ambiguous—in several areas the Indonesian government has granted licenses for oil palm, timber, and wood fiber development that overlap with the mapped protected area. The area highlighted in the map falls both within the Leuser Ecosystem and is designated as a palm oil concession for PT. Mestika Prima Lestari Indah according to Indonesian government data. This spot stands out when we look at the new 2013 tree cover loss data released last week. The GFW analysis tool indicates that 1,187 hectares of tree cover (an area the size of 1,600 soccer pitches) were cleared 2012 and 2013 alone, much in degraded primary forests. Zooming in on the satellite basemap shows the distinctive brown contours and green dots of an area cleared for oil palm planting. Explore the area on GFW here.