Blog home/People/0 to 2 Million in Under 5 Years: GFW Celebrates a Growing Usership
Search the GFW Blog 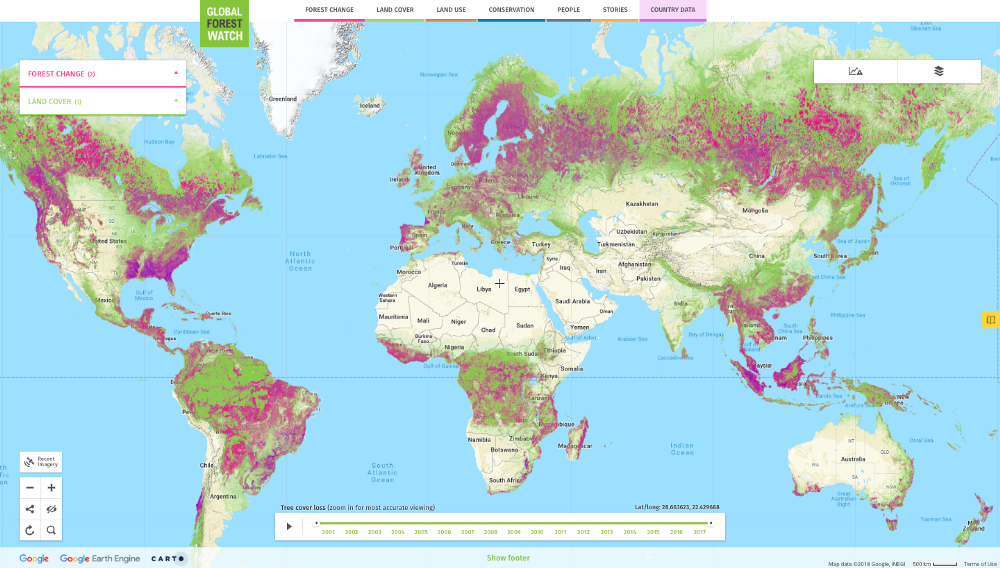 By
Jamie Gibson
Posted on October 4, 2018
Subscribe to the
GFW newsletter

0 to 2 Million in Under 5 Years: GFW Celebrates a Growing Usership

By
Jamie Gibson
Posted on October 4, 2018
Subscribe to the
GFW newsletter

Global Forest Watch (GFW) has recently passed a major milestone: its 2 millionth user! In just four and a half years, 2 million people have come to this collection of maps, graphs and data. That means 2 million people planning patrols in protected areas, searching for information on tree cover loss, or monitoring the forests near their home towns. That’s 2 million people looking at near real-time-data about what’s happening to the world’s forests.

I joined Vizzuality four years ago and have spent a lot of my time reviewing who uses GFW and how they use it. To celebrate this milestone, I want to take you on a journey through the last few years, showing how the platform and its audience have grown in that time. 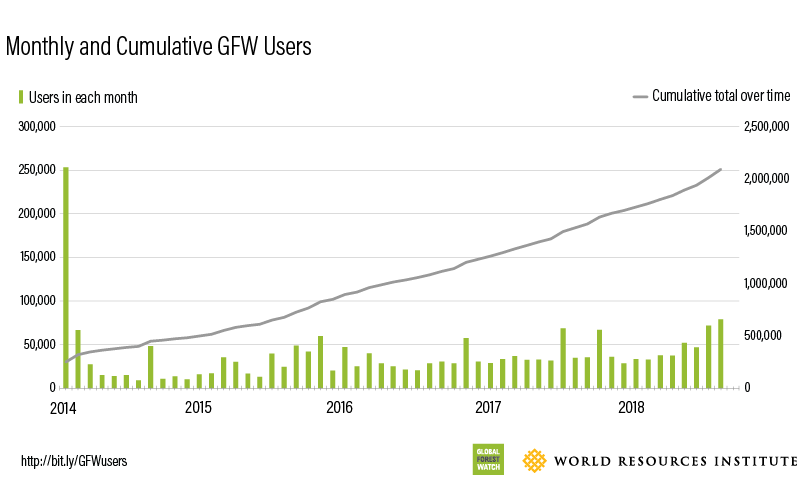 GFW had a big welcome into the world. Within just one month we had over 250,000 people visit the site. Many found us via news articles and had a cursory look over the site — only ninety seconds on average. But that brief visit was all it took to plant the seed that open forest data could change global forest conservation. 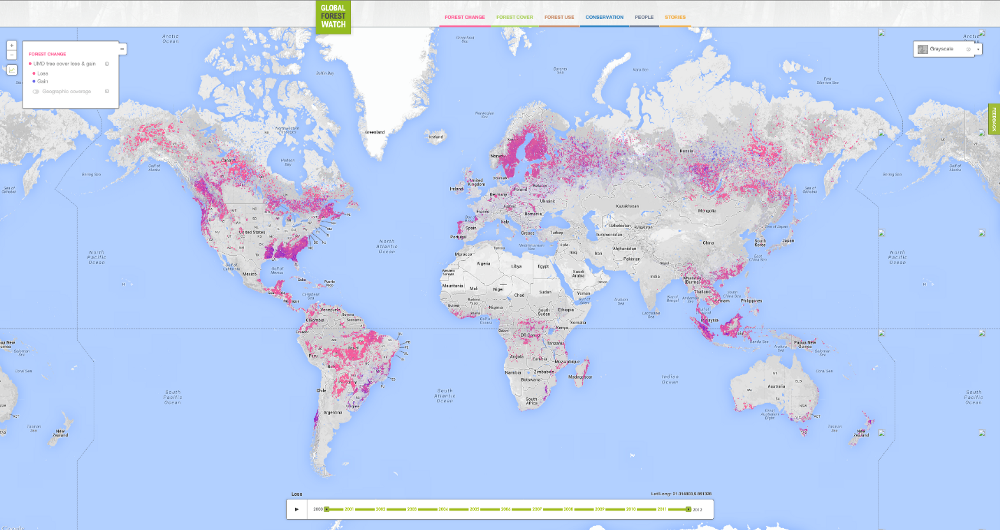 After the excitement of the launch, the rest of 2014 had more steady usage — around 23,000 visits a month. While we reached our first 250,000 in just two weeks, our second 250,000 took ten more months. Over the course of those months we released new data and features that extended the ability to analyze and customize data.

We launched an improved version of the map in early 2015 and saw the rate of usage increase to around 31,000 users a month throughout 2015. The average time spent investigating the site also increased to nearly four minutes.  We also launched the Commodities, Fires, and Climate apps on GFW to provide more focused data for those looking to answer specific questions about deforestation. 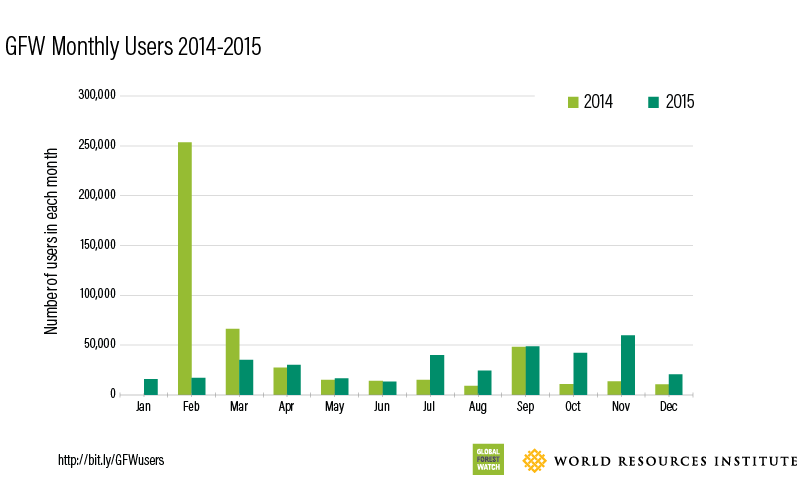 In the first few years of GFW, anyone trying to examine the actual forest condition underneath those blue forest gain and pink forest loss pixels had to access Landsat satellite imagery. But those images had a low resolution, so you’d have to squint really hard just to make out the difference between a patch of green forest and a patch of brown dirt.

The addition of high quality satellite images in 2016 made a big difference for users looking deep into the dynamics of land change around the world and since then nearly 22,000 people have used this imagery to conduct detailed land cover analyses.

By May 2016, just 28 months after launch, we reached a total of 1 million unique users on the platform!

Throughout 2016 and 2017 we continued making small adjustments to the platform. Chief among them was the addition of high-resolution weekly change data GLAD alerts. This majorly improved the quality of data visible, as select countries could see precisely where forests were being lost every week!

The GLAD alerts feature generated a dramatic response, both on the site and out in the field. Monthly visitors to the site increased 20 percent on average and we started seeing examples of real world impact. Researchers using GLAD alerts in Peru for example, were able to detect a new, clear-cut swath of land amid pristine forests. The clearing was linked to United Cacao — a company claiming to practice sustainable agriculture on already degraded land — and their failure to follow through on their deforestation-free commitments was exposed.

2017 areas of interest. Each pixel represents the sum of all time spent viewing an area, with yellow indicating high interest.

In the spring we updated our country pages to provide more detailed answers to key questions. The audience size in July, and then August 2018, brought the largest number of users we’ve seen since the opening month. Large global interest in fires contributed in driving traffic to the site. We’re also seeing increased use of our embedded pages — where people have taken a visualization from GFW and shared it on their own site. As an open data platform, where every graphic and piece of data is available to share across the web, it’s rewarding to see our reach expanding.

Just four and a half years after launch, we have passed the 2 million user milestone! It took 28 months to reach the first million, and 26 months to reach the second million. With a new map on the way later this year, and GLAD alert data now available for the entire tropical region, we’re confident we can reach our next million in record time. Want to help us get there? Here’s how: