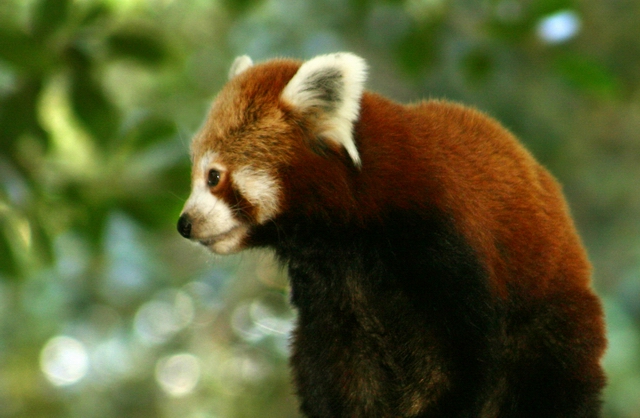 By
Saroj Shrestha and Sony Lama
Posted on April 1, 2020
Subscribe to the
GFW newsletter

In the misty forests of the Eastern Himalayas, a creature with a fluffy red coat and long bushy tail climbs through the trees. It looks a bit like a cross between a bear and a cat. It has spent its whole day eating bamboo in the understory and is now on its way to the branches above to nap in the sun.

The red panda— whose scientific name, Ailurus fulgens, means fire-coated cat— is a symbolic species of the Himalayan region. But this arboreal mammal has become endangered as development projects and agriculture fracture the forest habitat they need to survive. Red Panda Network (RPN), a conservation organization based in Nepal, is working in local communities near red panda habitats to enact research, education and sustainable development projects to protect red pandas and their forest homes.

The red panda is listed as an endangered species by the IUCN and limited in range to temperate bamboo forests in South-Western China, Nepal, India, Bhutan and Myanmar. The total worldwide red panda population is estimated to be less than 10,000, with estimates in Nepal ranging from about 200 to 1,000 individuals. As bamboo forms more than 83% of red panda diets, the species is vulnerable to habitat loss and fragmentation fueled by clearing for roads and other infrastructure, as well as forest fires and poaching.

Red pandas act as an indicator species for the health of Himalayan forests. Unable to survive in fragmented or degraded habitat, if red pandas are present you will find healthy bamboo forests and clean water. As a charismatic mammal, red pandas are an ideal flagship species for harnessing public support for conservation, acting as an “umbrella” for the protection of other species within their habitat. In addition, red pandas are a genetically unique species. They are the only living member of their own taxonomic family, which means that losing red pandas would mean losing key genetic diversity in the region.

Shanti Shahi, the first female Forest Guardian for Western Nepal, marches through the dense forest of Kalikot district — the westernmost distribution limit of the red panda. She lives in a village only accessible by foot and with limited access to healthcare, education and other resources in hilly and mountainous regions. Despite her daily responsibilities helping her family and community, she also dedicates her time to patrolling the forest around her home and reporting on any loss or disturbance. 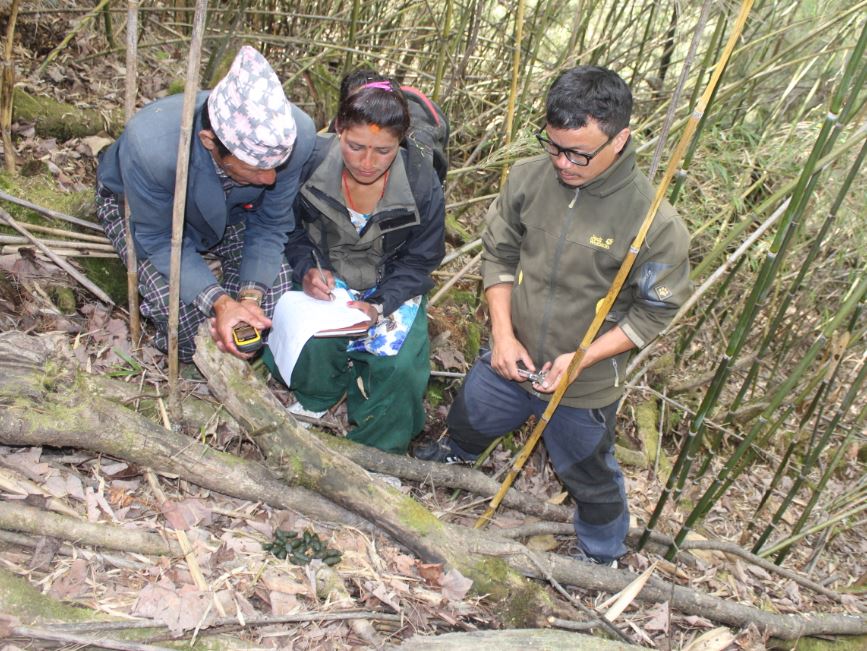 RPN’s Forest Guardian program pays local residents to monitor and protect red panda habitat. Many of the villages surrounding red panda habitat are similar to Shahi’s, so the income provided by this program is a much-needed resource to support families. Forest Guardians consider themselves “wildlife warriors”, acting as the eyes and ears of their communities and keeping watch for illegal activity within the forest.

This community-based approach is central to RPN’s conservation strategies. The organization’s forest assessment practices include regular field monitoring and anti-poaching patrolling conducted by Forest Guardians and members of Community Forest Users’ Groups, which are responsible for managing local forests. During forest monitoring and patrolling, they collect crucial red panda habitat and threat data, along with removing snares and traps.

RPN is now interweaving new technologies into their monitoring work. As a Small Grants Fund recipient, the organization has begun using Global Forest Watch (GFW) data and tools to take the pulse of the forests.

Forest Guardians can now check the Forest Watcher mobile app for near-real-time deforestation alerts and navigate quickly to a detected clearing or fire alert. They can even outline a potential red panda habitat area on their phone and assess for different anthropogenic threats including illegal poaching and hunting. Information collected in the field can be analyzed and compiled into reports even when offline in the middle of the forest.

“Now more than ever, the advent of new technology has the potential to transform environmental protection,” says Laxman Singh, a Forest Guardian with RPN.

The reported data that Forest Guardians collect from the field are accumulated in the RPN database. This information is shared with conservation officers from the respective areas, Community Forest Users’ Group members and is sometimes distributed to press to raise awareness of forest issues. 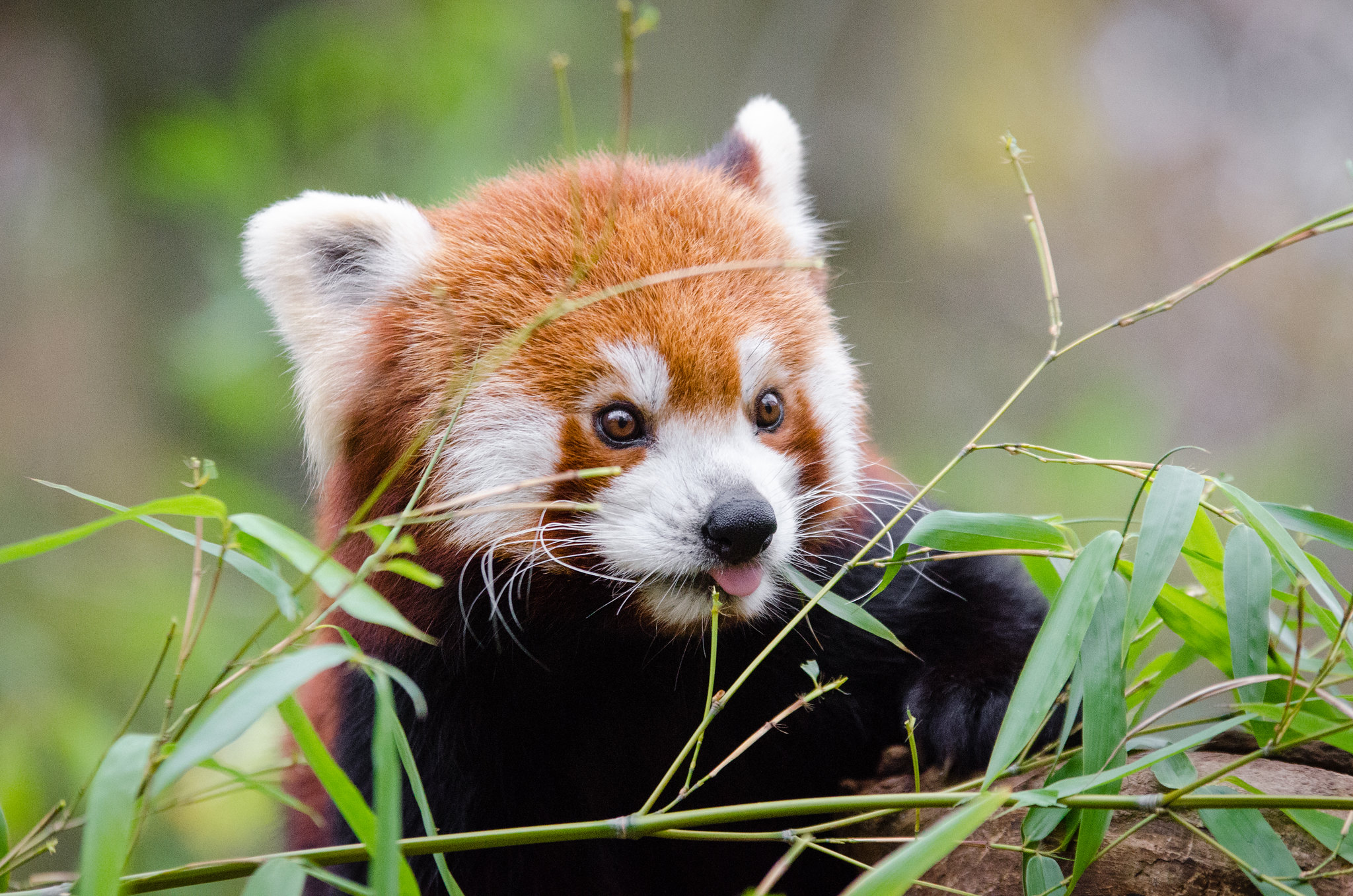 What’s on the horizon for Red Panda Network?

RPN has begun to expand the use of GFW tools throughout the region. They recently conducted their first ever workshop on GFW’s forest monitoring and alert systems for community forest monitors, Forest Guardians and other community-based conservation officers. They’ve also signed a memorandum of understanding with several Community Forests in recognition of the roles of Community Forests Users’ Groups in restoration and sustainable forest management.  RPN hopes that as they train more community members, they can broaden the area of red panda habitat that is under protection, to keep these fluffy symbols of the Himalayan forests around for years to come.

BANNER PHOTO: Red pandas are the only living member of their taxonomic family. Photo by Aussie_Matt/Flickr.