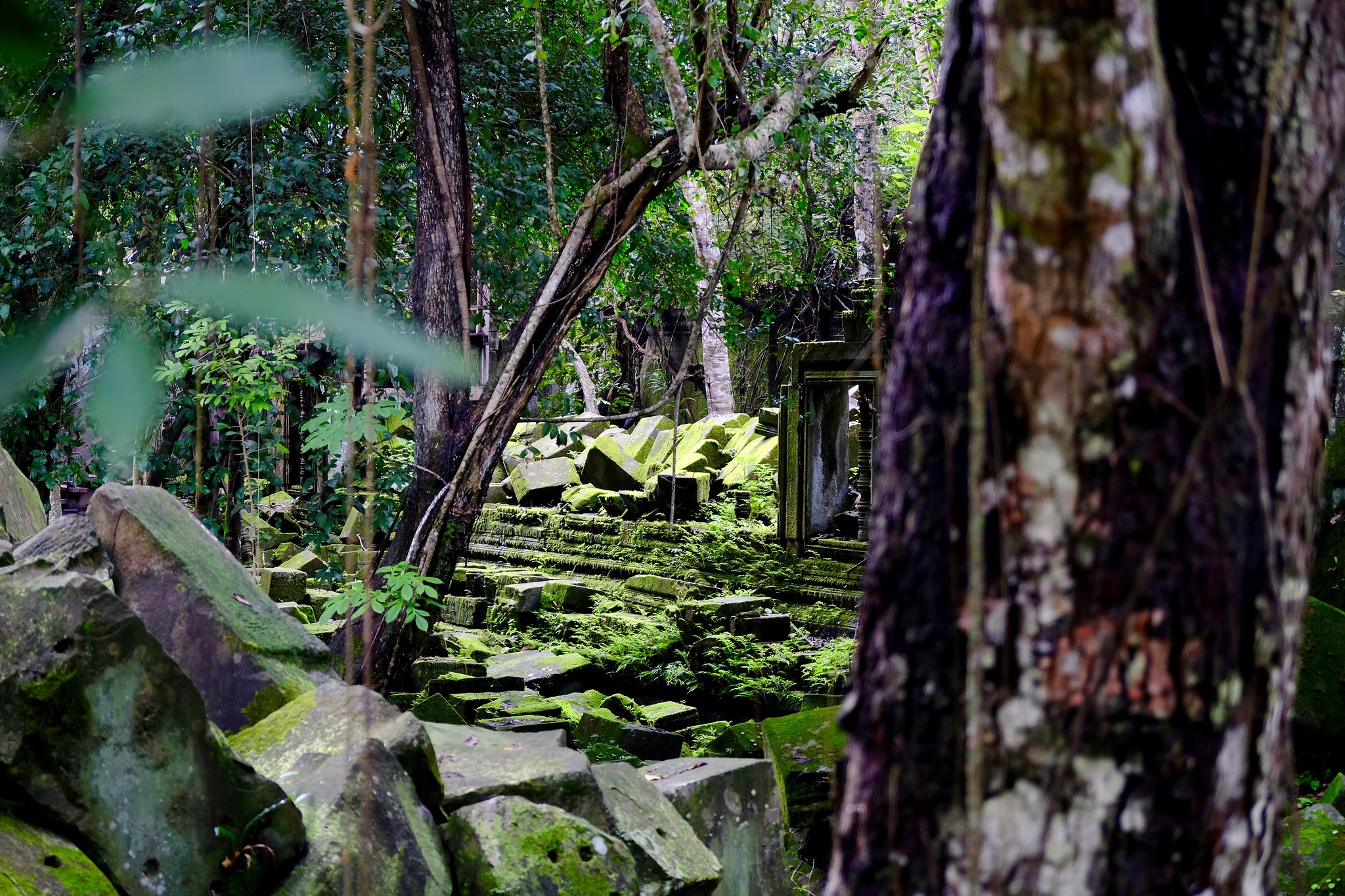 By
Kai Kresek
Posted on September 26, 2019
Subscribe to the
GFW newsletter

By
Kai Kresek
Posted on September 26, 2019
Subscribe to the
GFW newsletter
This blog is part of Global Forest Watch’s Global Insights series. Although many parts of the world are experiencing forest loss, the factors motivating these losses differ between countries and regions. Global Insights takes a local look at historical and current trends in forested countries across the world to highlight the diversity of forest issues. To read other posts in the series, click here.

Cambodia lost nearly 2.2 million hectares of tree cover between 2001 and 2018, and the annual rate of loss increased by almost 300 percent during the same period. Data from Global Forest Watch’s Dashboards shows that, since 2001, Cambodia has lost about 24 percent of its tree cover, a much higher percentage than larger, forested countries including Brazil and Indonesia.

Where is loss occurring?

Nearly half of the tree cover loss in Cambodia is taking place in primary forests, more than 1.1 million hectares since 2002.

Primary forests are areas of mature, natural forest that have not been cleared in recent history and make up about 51 percent of the country’s total tree cover. These forests are important for carbon storage and serve as habitats for hundreds of species that are iconic to the region— some of which are threatened with extinction like the pangolin and sun bear.

According to Protected Planet, about 26 percent of land in Cambodia is designated as a protected area, in which development is prohibited or limited for ecological or cultural conservation. However, data on GFW shows that between 2001 and 2018, Cambodia’s protected areas lost 557,000 hectares of tree cover, about 11.7 percent of the total protected area in Cambodia.

Some protected areas have suffered significant losses. The Snuol Wildlife Sanctuary, for example, experienced wholesale clearance for rubber and cashew plantations, losing so much tree cover that its protected status was removed in 2018 on the basis of there being almost nothing left to protect. In addition to efforts by the government and international organizations, local activist groups help to defend protected areas. Earlier this year, a group of Buddhist monks and activists from across four provinces wrapped 40 trees in the Prey Lang forest with brightly colored saffron fabric in an appeal to illegal loggers who might have reservations about cutting down trees blessed by monks.

A recent article in Nature found that between 2001 and 2015, 23 percent of all cleared forest in Cambodia was converted to rubber plantations, and that annual forest to rubber conversion rates closely correlated with global rubber prices. Data on GFW shows that around 699,000 hectares, or nearly five percent of land area in Cambodia is reserved for rubber plantations.

Illegal timber extraction is also impacting Cambodia’s forests, with selective logging causing forest degradation. Much of the illegal timber harvested in Cambodia — including extremely valuable and endangered rosewood — is smuggled into neighboring Vietnam. Despite a ban on the export of raw timber, the Environmental Investigation Agency reported that in 2015, Vietnam imported $385 million dollars’ worth of timber from Cambodia. The Cambodian government has called for action against the illegal destruction of forests, but illegal logging has continued. The same EIA report found that between November 2016 and March 2017, approximately $13 million dollars in bribes were paid to local authorities.

Impacts on Cambodian citizens and the world

USAID states that nearly 80 percent of Cambodians live in rural areas, and the livelihoods of 65 percent of these people are dependent on forest resources that support the local economy and ensure food security. This means rural Cambodians are especially impacted by illegal deforestation— which can deprive them of income, food and the materials needed for shelter and fuel.

As Cambodia’s population grows, there is added pressure to clear land for crops like rice or to expand settlements, which could worsen the strain on forest resources if sustainable systems aren’t put in place. Additionally, the lives of local forest advocates are often threatened by illegal loggers. Data from Global Witness shows that three forest defenders were killed by soldiers in Northeastern Cambodia in 2018 after seizing equipment owned by illegal loggers.

On a broader scale, forest loss has been linked to an increase in flooding and erosion across the region, which can reduce water storage and impact fishing and agriculture when droughts occur. Loss also impacts forests’ ability to store carbon in both the biomass of the trees and in the soil. Cambodia’s forests hold over 2.37 gigatons of carbon, roughly the equivalent of the yearly emissions from 2,200 US coal-fired power plants.

As a home to over 3.1 million hectares of pristine primary forests, from moist jungles to dry woodlands, Cambodia is a country with a wealth of biodiversity and natural beauty. Although threatened by expanding commodity production and illegal logging, efforts to strengthen forest law enforcement, regulate the trade of illegal timber and engage locals in solutions that directly benefit their communities are underway. To stay informed about tree cover loss in Cambodia and other countries, explore GFW’s weekly deforestation alerts.

This post was produced using Global Forest Watch’s Dashboard. This tool provides analyses and visualizations of regional forest dynamics, granting users valuable insight into the status of forests around the world. BANNER PHOTO: Ruins in the forests of Cambodia. Matt Dillon/Flickr.