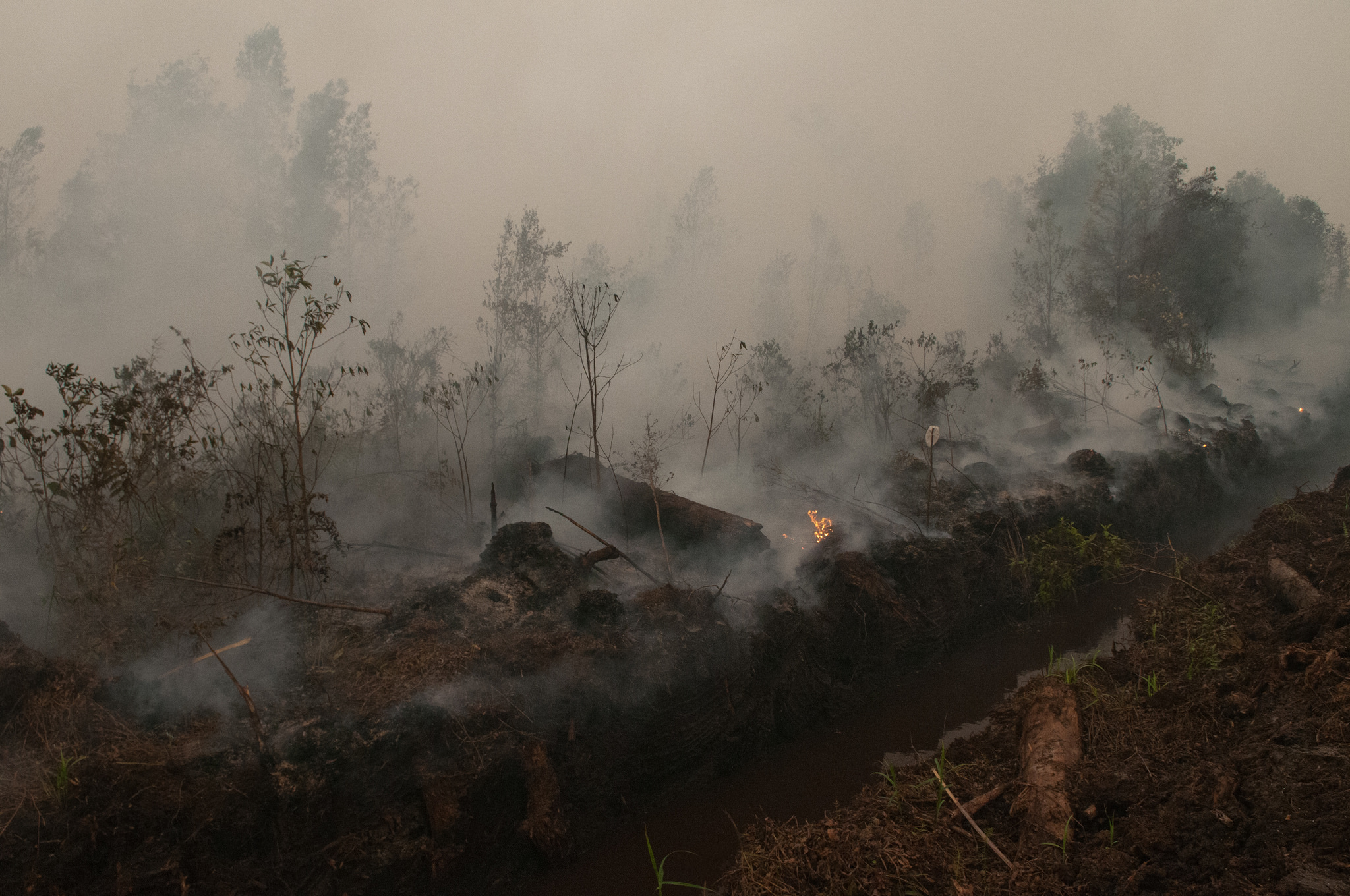 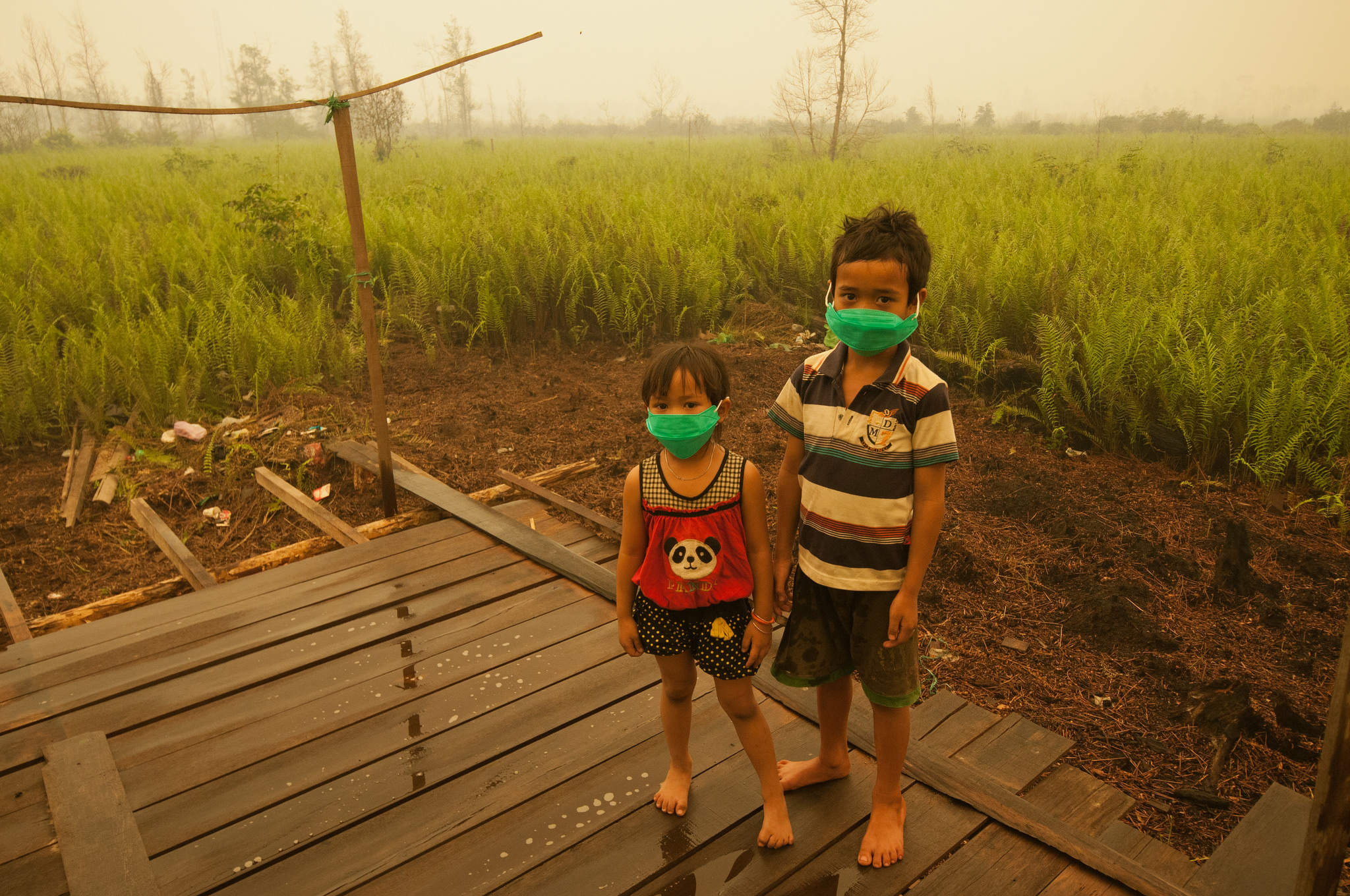 Children are forced to wear masks due to the toxic smoke from peat land fires. Palangka Raya, Central Kalimantan. Courtesy of CIFOR (Flickr)

As President Obama and Indonesian President Joko Widodo meet today, climate change will be high on their agenda. A related, unexpected issue should also be on their radar: massive forest and land fires that have turned into a national, regional, and now global crisis for the new Indonesian administration. The fires in Indonesia are truly out of control, having spiked in recent weeks to their highest levels in years. More than300,000 Indonesians have sought medical help for respiratory illnesses linked to the choking haze. Pollution levels are up to five times above what the World Health Organization considers to be hazardous levels. Schools and airports have been closed. The Indonesian government has already spent about $200 million to fight the fires and has recently accepted help from Singapore, Malaysia, and Australia. Yet this year’s fires will likely keep burning for at least another month. The total economic costs may exceed $14 billion. Further, the fires, which are largely burning on high-carbon peatland, have caused a spike in greenhouse gas emissions. New analysis finds several days recently where Indonesia’s greenhouse gas emissions from fires surpassed the daily level of emissions of the entire U.S. economy. These fires in Indonesia do not occur naturally. They are largely the result of a history of destructive land management, poor law enforcement, inadequate preparation, and sheer bad luck with an extended dry season caused by the El Niñonow upsetting weather patterns globally. When the presidents meet, they should work together to respond to this crisis and reduce the risks of future fires. The U.S. can support better land management in Indonesia in three keys ways:

The timing of this visit between Obama and Widodo is fortuitous. Obama, of course, is very familiar with Indonesia, having spent some of his childhood years in the country. Now he has a chance to strengthen America’s ties with Indonesia, which is the second-largest democracy in Asia and has the fourth-largest population in the world. Together, these two leaders can deepen a partnership that will help improve the health of Indonesians, reduce greenhouse gas emissions, enhance sustainable commodity production, and lead to a healthier world for us all.