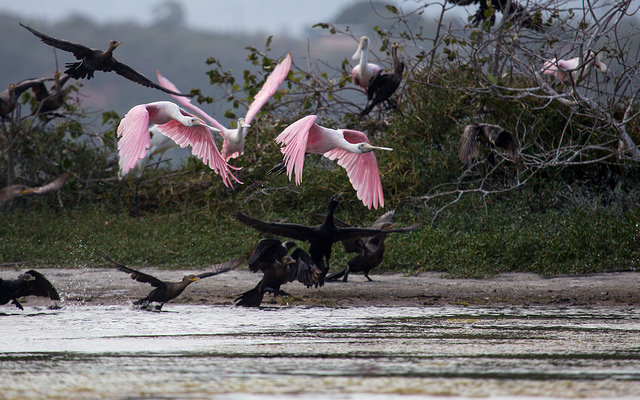 For this installment of GFW User Profiles, we spoke with Silvana Campello, president of Instituto Araguaia, a Small Grants Fund recipient from Cantão, Brazil. 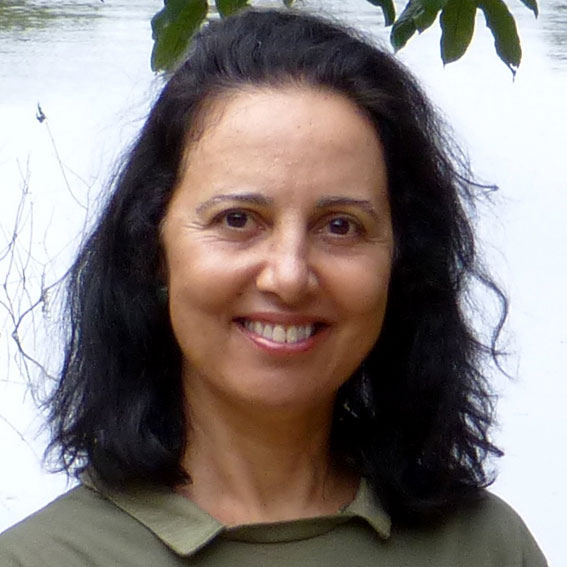 How did you become interested in forests? My first contact with the Amazon jungle was too overwhelming for me. I found the muggy weather quite oppressive. The solid, dark and closely packed vegetation, the swarming insects and bewildering sounds of animals you don’t see, all seemed to me so impenetrable, so grand, so inhuman, as if screaming at me—I felt I was not welcome. Thus, I always favored the management of parks in the Pantanal and in the Cerrado over the Amazon. But this was about to change. The Cerrado biome of central Brazil is the most biodiverse savannah on earth today. Traditional cattle farms, large enough to allow for the rotation of the pastures, have coexisted well with the Cerrado, and farm owners are known for keeping their properties poacher-free. So it comes as no surprise that the State of Tocantins, where my organization Instituto Araguaia is based, was so appealing to me.

The Cerrado covers most of the state. However, along its western border, in the Araguaia River basin, lies Cantão, one of the most pristine samples of Amazon flooded forest. The Araguaia River basin is a confluence of three biomes: to the east of the Araguaia lies the State of Tocantins, with its diverse lowland Cerrado vegetation, consisting of extensive native grasslands and pastures with scattered bush, palm tree and gallery forests; to the west of the Araguaia, in the State of Pará, the tall Amazon forest ends abruptly at the river’s edge; and towards the southwest the Araguaia basin meets the Pantanal, in the State of Mato Grosso. This triple frontier, where Cantão is located, congregates spoonbills, jabiru storks and other aquatic birds of the Pantanal with giant anteaters, maned wolves and parrots of the Cerrado which, in turn, coexist with hoatzins, pink dolphins and other animals typical of the Amazon flooded forest. Thus the Cantão forest ecosystem is a unique combination of Cerrado, Pantanal and predominantly Amazon flooded forest. This distinguishing feature makes Cantão one of the most important areas within the Brazilian Amazon, a place worth protecting, and an area I have come to know and love.

Cantão is located in the Araguaia River Basin, where the Cerrado, Amazon and Pantanal biomes converge. View on the Global Forest Watch map.

What are you working on now? Instituto Araguaia created a Scientific Program to train local students as field biologists to research Cantão’s top predators, like the Black Caiman and the Pink Dolphin. Top predators are bioindicators, meaning the health of their populations gives us an idea of the health of their ecosystems. Because top predators depend on an abundant population of prey, protecting them means protecting all the species in their food chain. We run the Scientific Program because we believe that long-term conservation of Cantão State Park can only be achieved if young scientists develop an enduring commitment to the protection of the park and its inhabitants. In addition, we expect that the presence of researchers, along with our rangers, will inhibit poachers in the area. Cantão represents the most important refuge for giant otters in the easternmost part of the Amazon, and is one of the few protected areas that can hold viable populations within long term. We also have a number of other projects in the work, including the Giant Otter project, studying a newfound species of pink dolphin, protecting the park’s fish populations, monitoring key habitats in Cantão State Park. How does GFW fit into your work? In December 2015, Instituto Araguaia developed a land use map of the Cerrado surrounding Cantão Park and Araguaian National Park with the help of a Global Forest Watch Small Grants Fund. Using information from that image, we proposed the creation of a buffer zone around both parks. The buffer zone was officially established by the Government in January 2016. Instituto Araguaia plans to use Global Forest Watch to:

How did you find out about GFW? At the World Parks Congress held in Sydney, Australia, on November 2015.