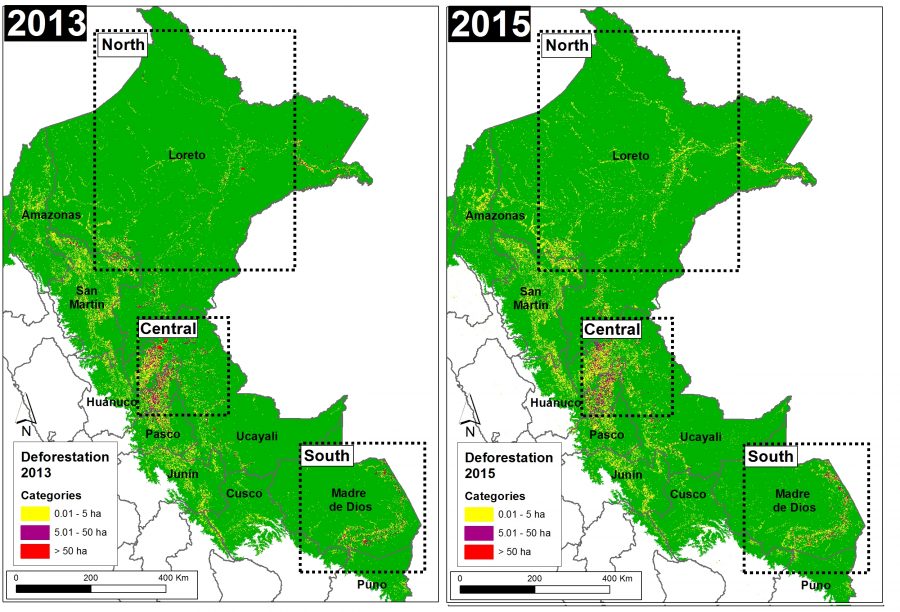 In the previous MAAP #25 and MAAP #26, we illustrated deforestation hotspots in the Peruvian Amazon for the periods 2012-2014 and 2015*, respectively. Here in MAAP #32, we present a complementary analysis based on the size of deforestation events. Graph 32a shows the comparative results of deforestation patterns between 2013 and 2015, indicating that:

Image 32a shows, in graphic form, the deforestation patterns described above for 2013 (left panel) and 2015 (right panel). Further below, we show zooms for three key zones in the north, central, and south, respectively.

Image 32b shows a zoom of the northern Peruvian Amazon for 2013 (left panel) and 2015 (right panel). In general, there is a pattern of small-scale deforestation along the rivers of Loreto. Additionally, in 2013, there were large-scale deforestation events for a cacao project located to the southeast of the city of Iquitos (see MAAP #27 for more details) and for oil palm plantations along the border of Loreto and San Martin regions (see MAAP #16 for more details). In 2015, the expansion of deforestation continued in these areas, but at a medium-scale. 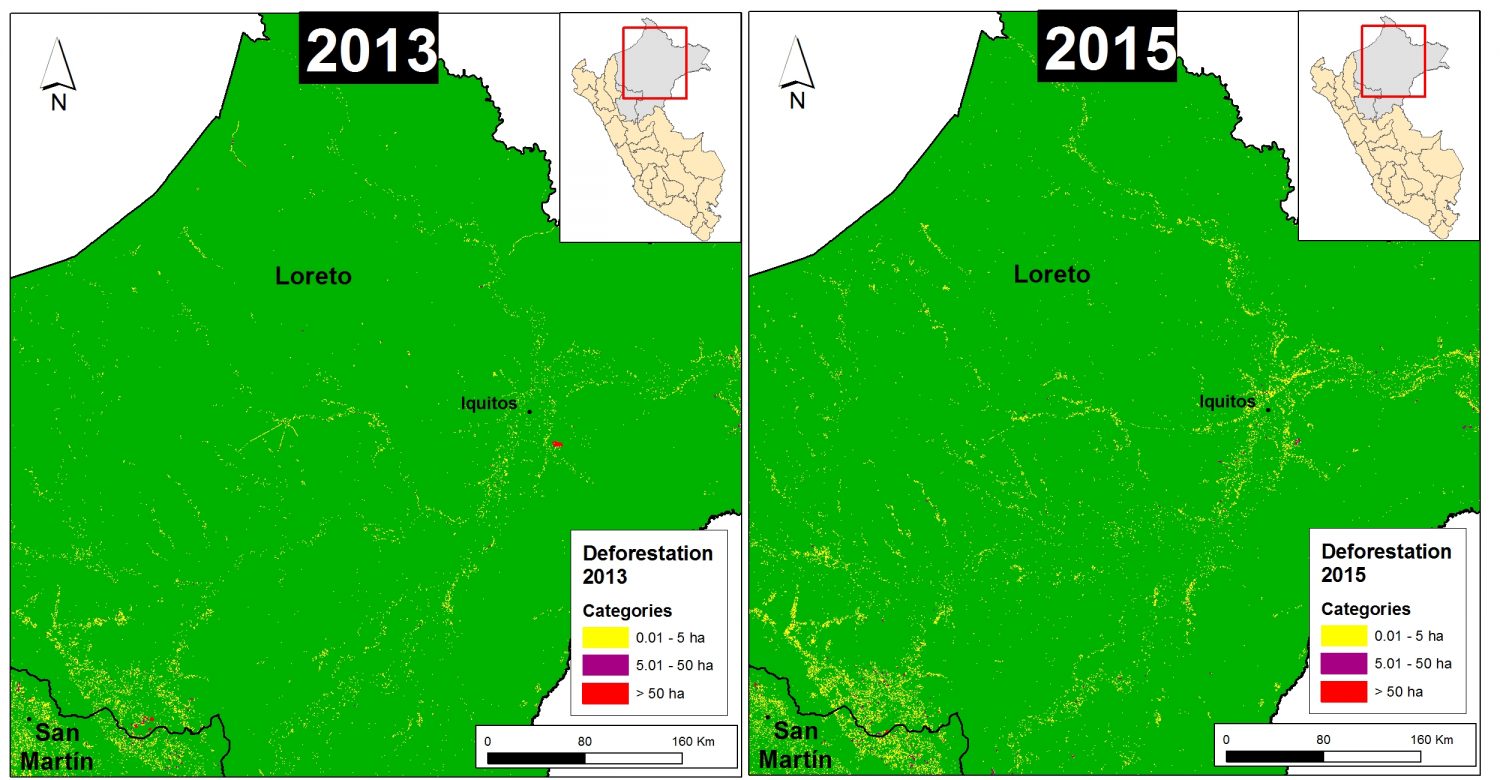 Image 32c shows a zoom of the central Peruvian Amazon for 2013 (left panel) and 2015 (right panel). In general, there is a concentration of small- and medium-scale deforestation between northwest Ucayali and southeast Huánuco. Additionally, in 2013, there is large-scale deforestation for two new oil palm plantations located northeast of the city of Pucallpa (see MAAP #4 for more details). 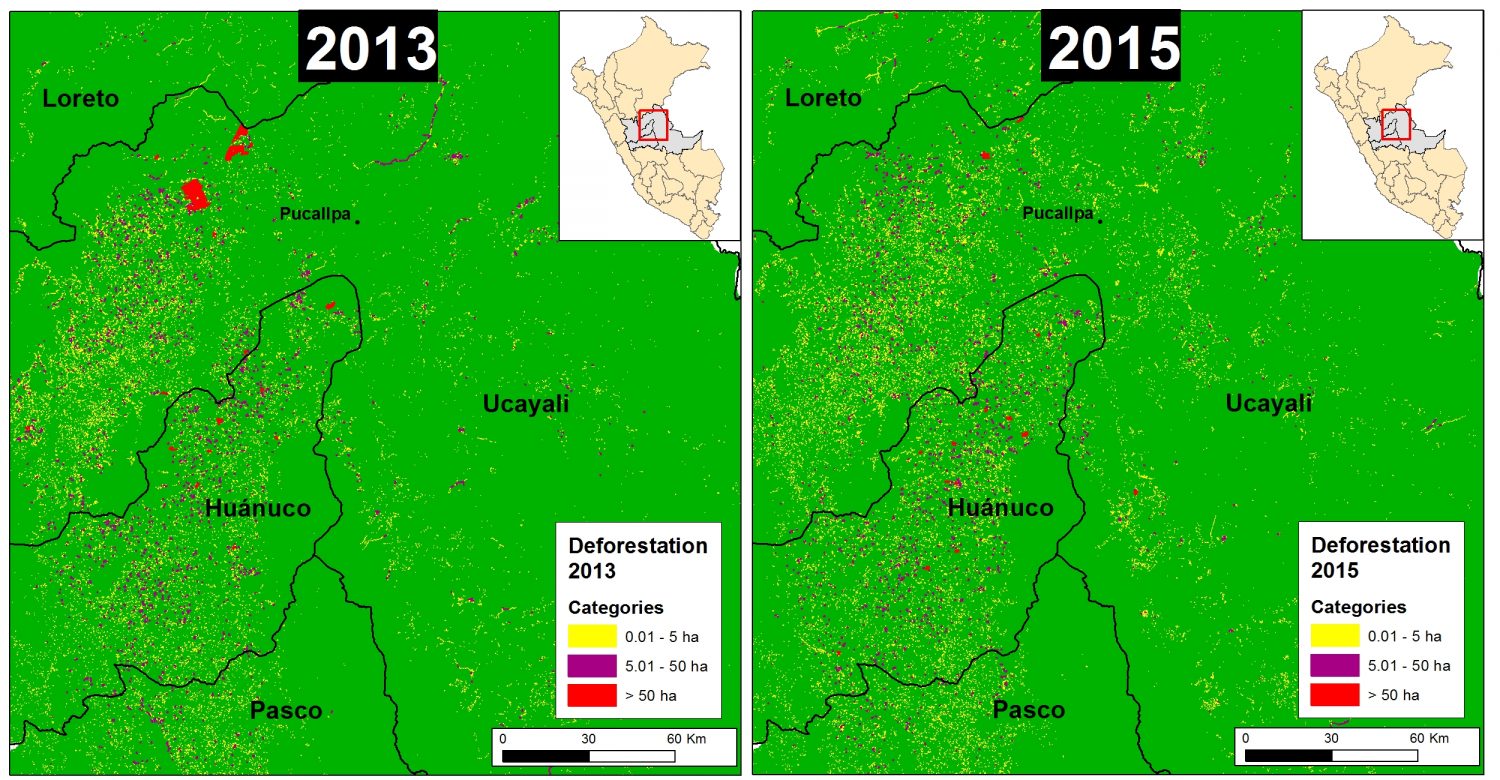 Image 32d shows a zoom of the southern Peruvian Amazon for 2013 (left panel) and 2015 (right panel). In general, there is a pattern of small- and medium-scale deforestation along the Interoceanic highway in Madre de Dios. Additionally, there is the persistence of large-scale deforestation in southern Madre de Dios related to illegal gold mining (see MAAP #12 for more details). 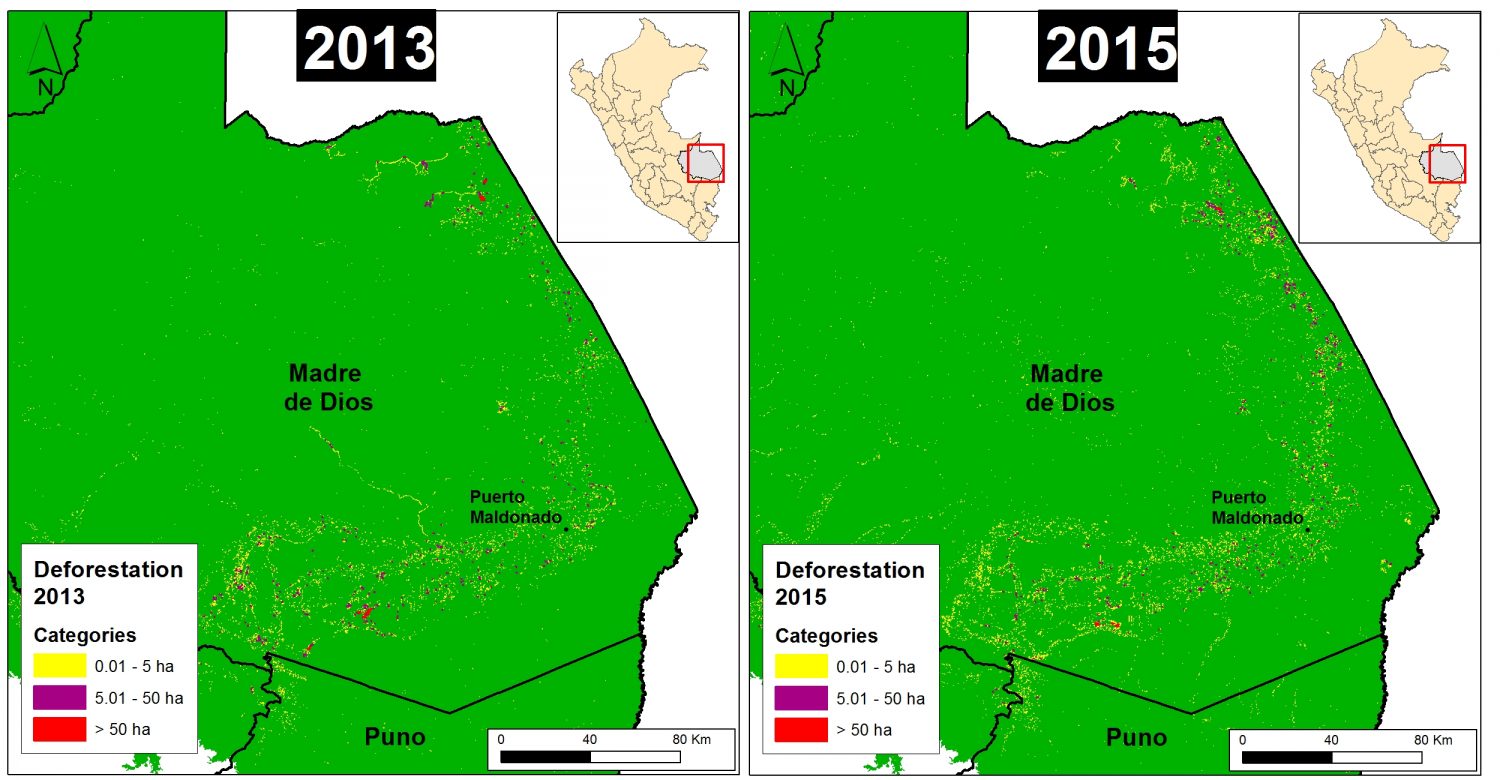