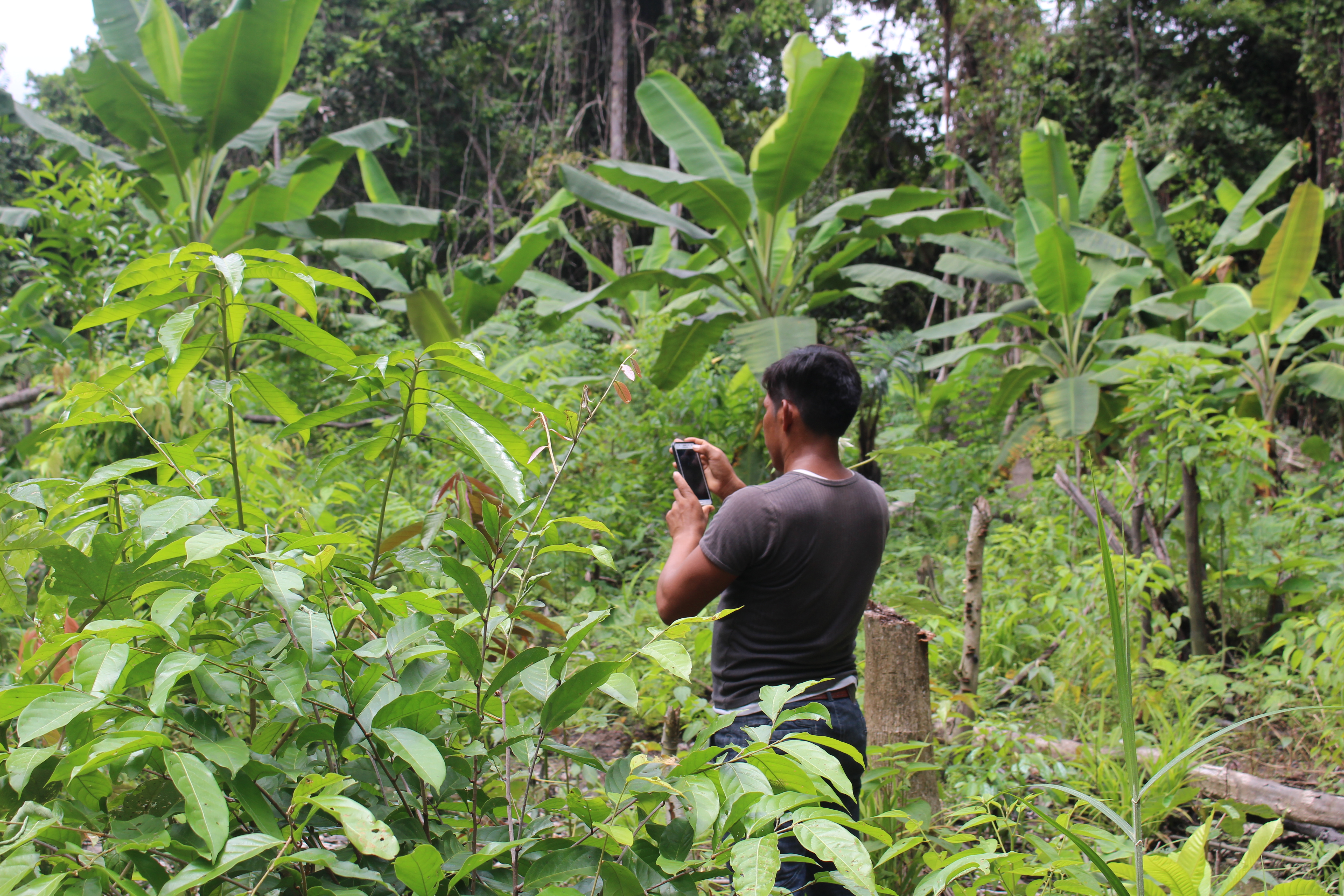 By
Tom Bewick
Posted on July 5, 2018
Subscribe to the
GFW newsletter

By
Tom Bewick
Posted on July 5, 2018
Subscribe to the
GFW newsletter
This article is the first of a series of blog posts produced with the Rainforest Foundation US. The series covers a training initiative for more than 36 indigenous communities in the Peruvian Amazon to use Global Forest Watch’s satellite and monitoring technologies for combating deforestation. Read the rest of the series here.

Once remote and virtually inaccessible, much of the Peruvian Amazon is confronting intensifying pressure from land invasions, coca growing, illegal logging, mining and infrastructure projects that threaten Peru’s dense and pristine forests. Despite these mounting threats, the entire country of Peru has fewer park rangers than work in Yellowstone National Park, which is the equivalent size of five percent of Peru’s protected areas. The government lacks adequate resources to monitor illegal deforestation in the rainforest and enforce national forest law, let alone comply with forest components in their National Determined Contributions (NDCs) under the Paris Climate Agreement.

Indigenous communities, however, are on the frontlines confronting deforestation on a regular basis. Globally, indigenous communities have legal rights to or control nearly one third of the world’s tropical forests, which positions them as key actors in preserving forests to mitigate climate change. A growing body of research demonstrates that tropical forests managed by indigenous communities are far more likely to remain intact than those managed or monitored by other legal classifications. The opportunity for community forest protection in Peru is significant – satellite-based measurements estimate Peru’s forests store eight times more carbon than the US energy industry emitted in 2016.

Modelling this success, the Rainforest Foundation US (RFUS) and the Indigenous Organization of the Eastern Peruvian Amazon (ORPIO-AIDESEP), with support from Columbia University and the World Resources Institute, have partnered to implement and measure an initiative that uses the Global Forest Watch’s GLAD deforestation alert system in indigenous communities in Peru. This is the first project of its kind to put GLAD alerts into action on a large scale.

Through this scaling initiative, RFUS and ORPIO program base maps and GLAD alerts into smart phones that are distributed to community-elected forest monitors. The maps enable the monitors to visualize deforestation alerts and legal boundaries of their territories, details they’ve experienced on the ground but never seen from a satellite perspective. Using GFW’s Forest Watcher and Locus Pro smart phone applications, community-elected monitors can interpret, verify and document deforestation alerts on-site. The apps provide georeferenced images of the deforestation, which can then be converted into official complaints that prompt a government response and action by law enforcement.

Indigenous communities in Peru have historically protected their forests through traditional governance and routine patrols of their territories (ranging from 5,000 to 20,000 hectares). But as threats of illegal encroachment and invasion at the periphery of collective territories increase, satellite deforestation alerts are important for prompt and effective responses. Analyses of deforestation alerts from the GFW platform illustrate exponentially rapacious invasions and land use change throughout the Peruvian provinces of Ucayali and Loreto. This cutting-edge technology allows for indigenous communities to efficiently detect and document deforestation, while simultaneously generating accurate and compelling visual evidence of illegal activities in their territories.

The RFUS team has now trained more than 110 community monitors in 36 indigenous communities in Loreto, Peru to use the Peruvian Ministry of Environment’s Geobosques Global Land Use and Discovery (GLAD) satellite alert system. Communities are using weekly GLAD deforestation alerts transmitted to their smart phones to monitor, verify and respond to deforestation in their collective territories. Armed with the knowledge to interpret these satellite alerts and use smart phones and apps like Forest Watcher, monitors can quickly put the information into action. More than 250,000 hectares of threatened rainforests along the Napo and Amazon rivers in Loreto are currently being protected using this system.

Stories of success from the field 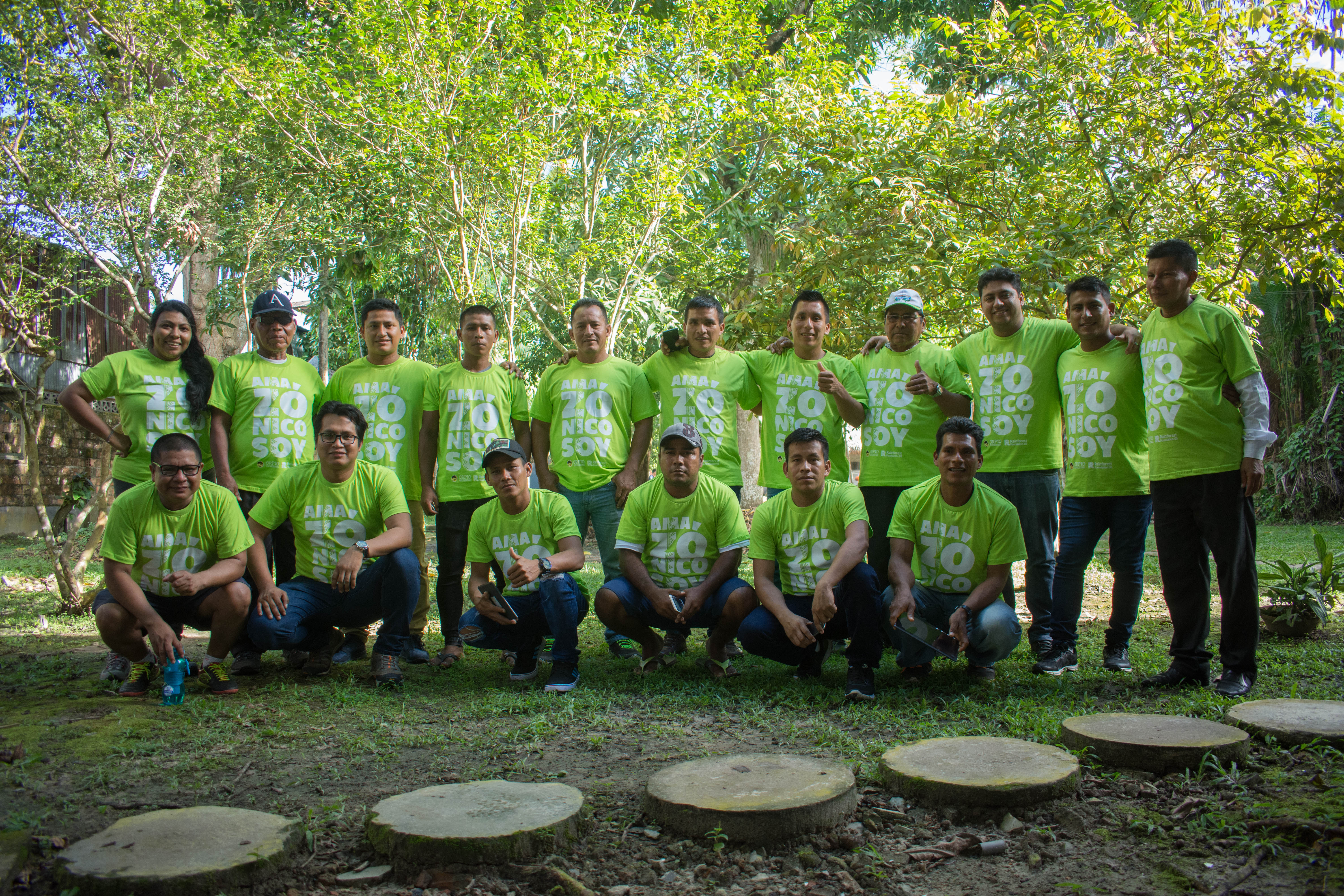 Indigenous communities have proven their capacity to successfully implement these technologies. In many cases, the communities are remotely located and have never used a smart phone, yet successfully learn how to convert phones into geo-referencing cameras after just a few days of training. In several communities, monitors are also flying drones and documenting other illegality on their map-equipped smart phones. Already communities have used the smart phone mapping system to document and resolve land disputes, remove illegal invading hunters and fishers and develop internal land governance zoning plans.

These tools and trainings enabling vulnerable communities to improve governance and effectively protect ancestral forests and natural resources. RFUS will continue to document unique cases of indigenous monitors making an impact in their communities over the next year. Check back for updates on community actions and indigenous monitors using satellite information and technology to collaborate with the Peruvian government and confront deforestation threats.